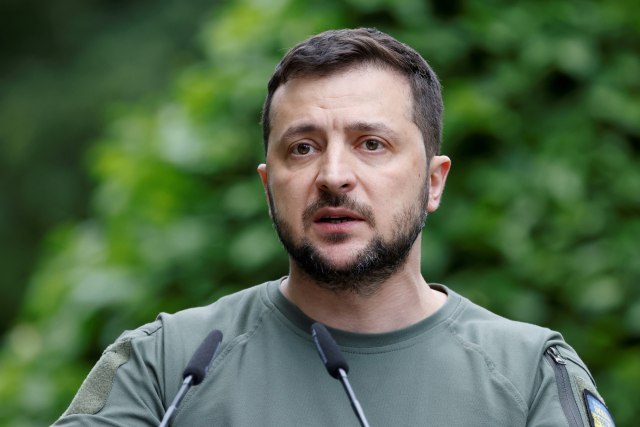 "On the first day of the war, several world officials called me on the phone. They told me I had to leave, that I had to run away and many, honestly from the heart, told me very directly that they just wanted to help and said they could give me anything we wanted, planes, cars, helicopters or something more", Zelensky said.

"I turned them down. I told them that I didn't need any cars, that we needed weapons and that I would stay in Kyiv," Zelensky said.

"Also, they asked about my family. If you have decided to stay in the homeland it is your decision, but what about your children, your wife? Maybe we can help you in this situation. They told me that. Thank you for those proposals", he said.

He also recounted the first moments when he learned that the Russian attack had begun.

"I was thinking only of us, of my people. I was thinking of Ukraine. I immediately went to my office, I was ready, for lack of better words. I wasted no time in thinking. We immediately gathered, we summoned a military committee and we were ready. The main task is to make a decision, not to think about what will happen tomorrow or the day after tomorrow," the Ukrainian President said.