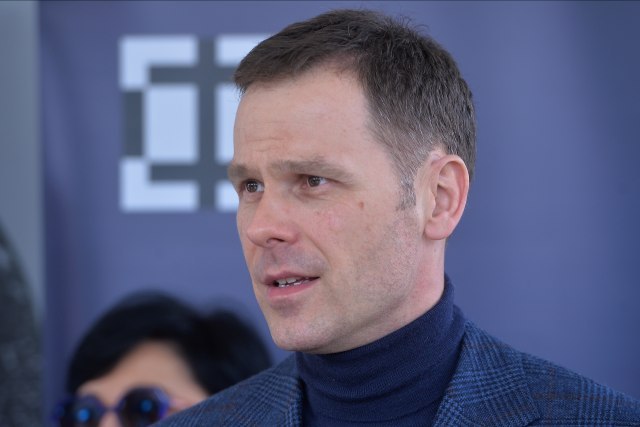 "The world we live in today is not the world we knew two years ago," said Finance Minister Sinisa Mali, speaking at a large gathering of economists, experts, bankers, officials of international organizations such as the World Bank and IMF, ministers in the Serbian government, prominent businessmen...

"A lot has changed when the pandemic started, the whole world stopped," Mali said.

According to him, that initiated the biggest economic crisis ever.

"Serbia immediately procured all the necessary vaccine drugs, built a COVID hospital... and as far as the economy is concerned, we had three packages of measures worth 8.8 billion euros. It has the highest cumulative GDP growth rate in Europe. This has not happened in normal times," Mali said.

"We have shown how much strength we have to deal with the crisis. In addition to investments, we have saved jobs. There were no black scenarios of mass layoffs and factory closures in Serbia. We continued with the Serbia 2022 program, we did not give up," he said.

"Pro-natal policy has been a priority in the last few weeks. Despite the pandemic, we have shown that we know and want to take care of those who need help the most, and that is now young people. And if we don't have children in our country, it's not worth much not even to deal with the economy and anything else", the Minister of Finance explained.

"A lot has happened, the energy crisis, coronavirus pandemic, the situation in Ukraine. The question is what will happen next," Mali warned. "The price of gas went over $ 3.600, the price of coal rose 75 percent in five days, a barrel of oil jumped more than ever," he said, adding: "Circumstances have changed, everything has changed. And Serbia continues to lead a responsible monetary and fiscal policy".

"Economic growth is also a priority. Together with the IMF, we are working on e-fiscalization, electronic invoices, everything that is necessary to ensure a stable fiscal policy for a long time. The second guarantee scheme is still in force. The state guarantees the loans they take," Mali said.

"We paid 20.000 dinars to all pensioners, 10.000 to health workers, 100 euros to young people, and we take care of the rest of the citizens by preserving jobs," the minister said. "As Vučić said, we are filling the commodity reserves", he emphasized.

"We have strong and stable public finances so that we can procure everything in time of a crisis. In the case of an even bigger crisis than this one now, the state has something to react to," said Mali.

"We have frozen black basic foodstuffs, fuel, there is no increase in electricity prices for citizens, the exchange rate is still stable. This is how we affect inflationary expectations. The responsible state is implementing responsible measures," he pointed out.

"We did not cause this crisis, but it was imported from abroad. However, we never responded to it stronger and faster. We had a budget surplus for 4 years in a row. That is why we were able to react when the crisis occurred," the finance minister explained.

According to him, two years after the pandemic, it is easy to be smart, "what we wanted was to save jobs, and we wanted to do what depends on us - to invest heavily in capital projects again."