BELGRADE -- The Republic Hydrometeorological Institute issued a warning for the next three days.

BELGRADE -- The Republic Hydrometeorological Institute issued a warning for the next three days. 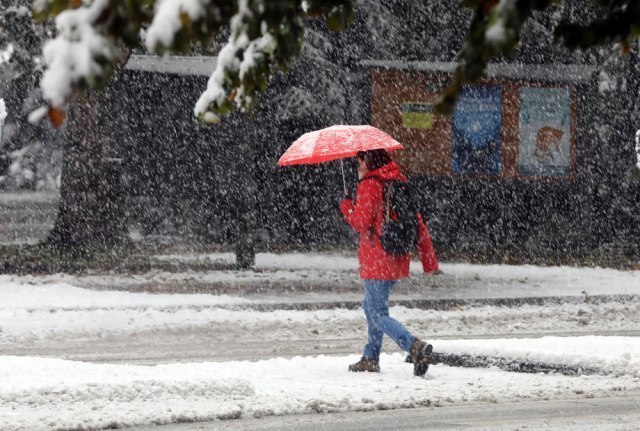 Namely, as stated on the RHMZ website, this institution warns the public that colder weather is coming, which will be followed by snowfall.

"On Tuesday, Wednesday and Thursday it will be colder, with occasional snow with the increase of snow cover, especially on Tuesday, in the southwest, south and southeast of the country. In the lower areas, south of the Sava and Danube, snow cover is expected from five to 15 cm, and in the hilly and mountainous areas a new snow cover from 15 to 25 cm, locally even more. In the north, mixed precipitation is expected: rain, sleet and snow", the warning reads.

What kind of weather forecast awaits us today

As a reminder, it is mostly sunny and relatively warm this morning, in the afternoon gradually cloudy, rain in the evening, snow in the hilly and mountainous areas. A weak and moderate south and southeast wind will blow, only before noon in the east a moderate and strong west wind. Minimum temperature from -4 in the south to 1 in the north, highest daily from 7 to 13 degrees, the Republic Hydrometeorological Institute announced.

At the end of the day and during the night towards Tuesday, along with the drop in temperature, the rain will turn into snow in the lower regions, and the wind will be turning to weak and moderate northwest. More snow is expected in the west of the country, where snow cover will be formed from five to 10 cm in the lower parts, as well as in hilly and mountainous areas. In most parts of Vojvodina, the precipitation will stop.

In Belgrade in the morning mostly sunny and relatively warm, in the afternoon gradually cloudy, with rain in the evening. A weak and moderate south and southeast wind will blow. Minimum temperature around 1, highest daily around 10 degrees. During the night towards Tuesday, with the drop in temperature, the rain will turn into sleet and snow, with the wind turning from weak to moderate northwest.

Then, from February 7, it should be warmer weather in Serbia, with light rain in some places, and snow in the higher areas.