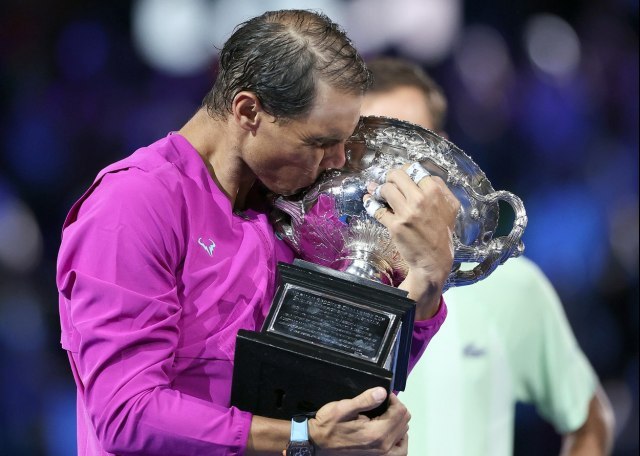 An unprecedented 21st major, his first since Roland-Garros in 2020, gave Rafael Nadal the outright lead over his great rivals Roger Federer and Novak Djokovic for the first time.

“I know it’s a tough moment, Daniil. You’re an amazing champion. I’ve been in this position a couple of times trying to have the trophy with me,” Nadal said. "It has been one of the most emotional nights in my tennis career, and to share the court with you is just an honor".

“For me it’s just amazing. A month-and-a-half ago I didn’t know if I’d be back and today I’m back here with you holding this trophy.”

“What you did today I was amazed. During the match I tried to play tennis but after the match I asked him ‘Are you tired?’,” Medvedev said.

“You raised your level after two sets for the 21st Grand Slam… You’re an amazing champion. Congrats. It was unbelievable. I’m going to try to be better next time”, Medvedev concluded.

Medvedev gave it his all out there and played with the passion and determination we have come to expect from him", Novak posted on Twitter.

Congratulations to @RafaelNadal for 21st GS. Amazing achievement. Always impressive fighting spirit that prevailed another time. Enhorabuena 👏🏆👍 @Medwed33 gave it his all out there and played with the passion and determination we have come to expect from him. pic.twitter.com/DsOvK8idNc