MELBOURNE -- Novak Djokovic has reached the final of the Australian Open for the ninth time!

MELBOURNE -- Novak Djokovic has reached the final of the Australian Open for the ninth time! 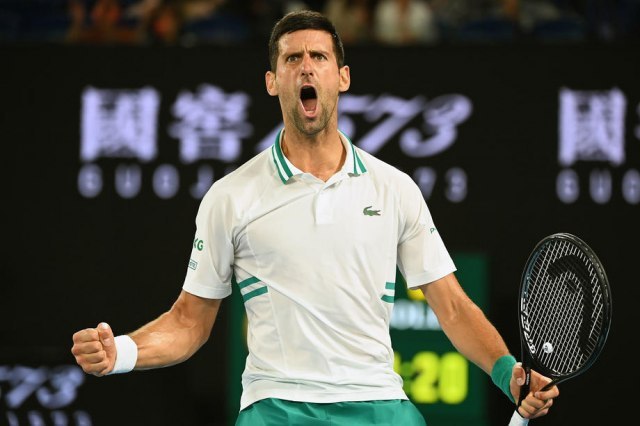 The defending champion of the tournament in Melbourne defeated the 114th player in the world, Russian Aslan Karatsev, 6: 3, 6: 4, 6: 2, without major problems after 113 minutes of the game.

It was the 20th consecutive victory of the World No. 1 at the tournament in Melbourne Park, which brought him a place in the 28th Grand Slam final in his career.

That is how he kept his 100% performance in the semifinals of the Australian Open, he has a 9/9 score, and this was his 81st victory in this competition.

"This is the best situation for me since the start of the tournament. I felt good. I was able to swing without pain, to hit the ball. This is my best match so far. I am thrilled," Djokovic said immediately after the match.

Until the finals, he will have enough time to rest and completely heal the problems that have been bothering him since the start of the tournament.

"I have two days until the final. I will talk to the team. I will definitely train one of the next two days, probably the day before the final. Recovery is a priority at this moment. I feel the ball well, I play well. I had enough matches, enough training to gather all energy, which is the most important for the main matches at AO", Novak Djokovic concluded.

The second semifinal is on Friday at 9.30, and the final on Sunday, February 21.