BELGRADE -- Today, the security forces of Serbia continued the operation of arresting the member of the group of Veljko Belivuk, aka Velja Nevolja.

BELGRADE -- Today, the security forces of Serbia continued the operation of arresting the member of the group of Veljko Belivuk, aka Velja Nevolja. 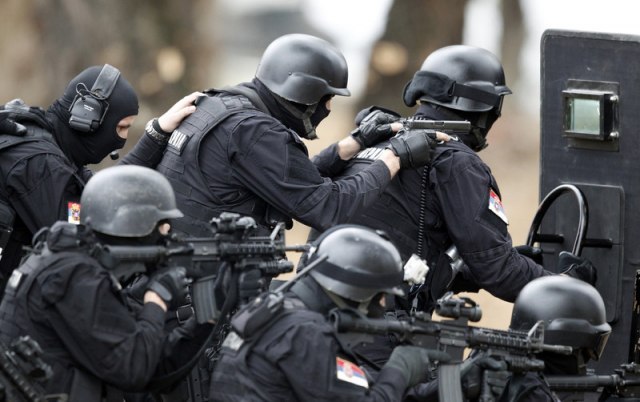 One of the members of his group is suspected of hiding in Ritopek, so the place was blocked by the heavily armed members of the Gendarmerie.

It is suspected that crimes were committed in that house, and some media reported that the police allegedly found traces of blood and burning there.

The media report that the police surrounded the part of Ritopek where the facility is located, which is presumed to have been used by the Velja Nevolje group, and does not allow anyone to approach, identifying passers-by.

Neighbors from the surrounding houses, as they said, do not know if anyone lived in that facility. A few days ago, a well-informed source stated that three country houses were found, which are being treated as crime scenes.

"They are located between Loznica and Gornji Milanovac, and a lot of evidence was found in them," said the source.

60.000 euros in cash were also found in Veljko Belivuk's apartment.

We remind you that earlier today, the judge for the previous procedure of the Special Court made a decision on ordering the detention of Veljko Belivuk, Marko Miljković and 18 other suspects for unauthorized production and trade in narcotics and illegal possession of weapons.

Detention is determined by all points of the law, and those are: the danger of escape, the influence on witnesses, as well as the fear that they will exert pressure on the witnesses or repeat the crime. Certain members of the group are charged with as many as three aggravated murders.