BELGRADE -- During the evening, the police also arrested the wife of Veljko Belivuk, better known as Velja Nevolja.

BELGRADE -- During the evening, the police also arrested the wife of Veljko Belivuk, better known as Velja Nevolja. 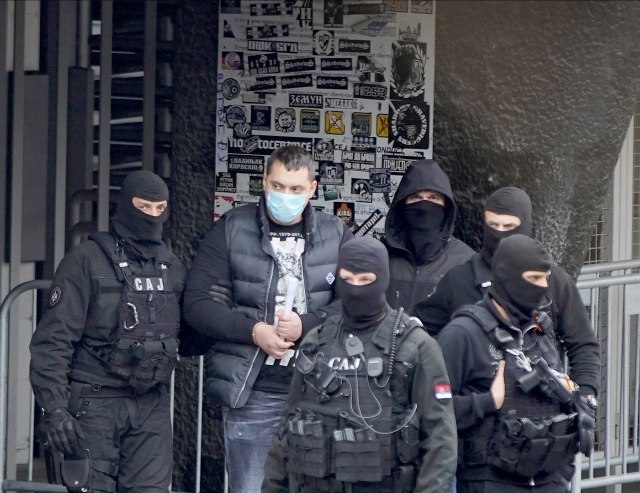 About 60. 000 euros in cash were found in her apartment, TV Prva reported.

She is not known to the public, but as a source familiar with the investigation said, the police believe that they can help them in order to gain new knowledge and possible evidence and witnesses who would point out Belivuk's criminal actions.

We remind you that in a large police operation, the leader of the "Principi" fan group, Veljko Belivuk, better known by the nickname Velja Nevolja, was arrested yesterday.

All those detained should be questioned today in the Prosecutor's Office for Organized Crime, since for most of them, 48 hours detention expires early tomorrow morning.

Belivuk and 18 other people arrested in yesterday's operatinon will be brought to the Prosecutor's Office in the building of the Special Court in Belgrade.

After the hearing, the prosecution will decide for whom it will ask for detention from the total of 19 arrested. The pre-trial judge of the Special Court will decide on the detention. Belivuk and others are suspected of having committed crimes of associating with the aim of committing crimes, aggravated murder and kidnapping as members of an organized criminal group.

During the search of apartments and other premises at about 30 locations, which were used by the suspects, objects and traces of committed crimes were found, the Ministry of the Interior announced last night.