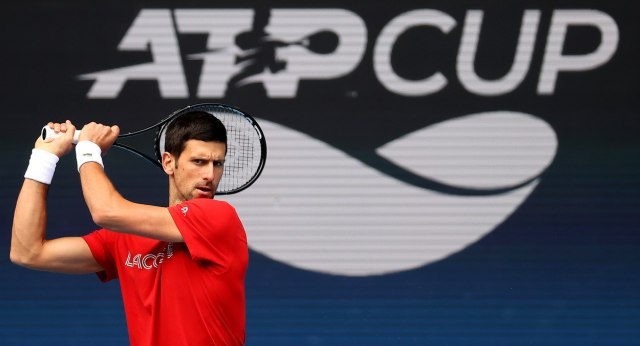 Our team beat Canada 2-1 in the "Rod Laver" arena, it wasn't easy at all, but it was great to watch them in a match like this after a while.

In probably the most difficult group in the competition, it was important to start with a victory, and the Serbian team succeeded in that.

Dušan Lajović was the first to appear on the court, the 26th tennis player in the world lost to Miloš Raonić 6: 3, 6: 4, and Canada thus won the first point.

Logically, a great burden fell on the best player in the world, Novak Djokovic, who had to beat Denis Shapovalov in order for Serbia to stay in the game. His hand did not tremble, he played as a champion, for sure, he defeated an inspired and talented opponent with 7: 5, 7: 5 and thus brought Serbia a decisive point.

The decision match followed - the doubles and the Serbian team decided that Filip Krajinović would play in it, in addition to Novak. It turned out that it was a great decision - Filip played masterfully, as if he were a true double master, and after a great fight with Shapovalov and Raonic, Serbia celebrated with 7: 5, 7: 6 (4).

In two days, there will be a clash with Germany, also from midnight CET, and a victory would bring a placement in the semifinals, in which our team would cross paths with the best team from Group D.