BELGRADE -- After 15 years, Torlak again produces a vaccine against seasonal flu, to be available to the citizens during October or November, after obtaining needed license

BELGRADE -- After 15 years, Torlak again produces a vaccine against seasonal flu, to be available to the citizens during October or November, after obtaining needed license 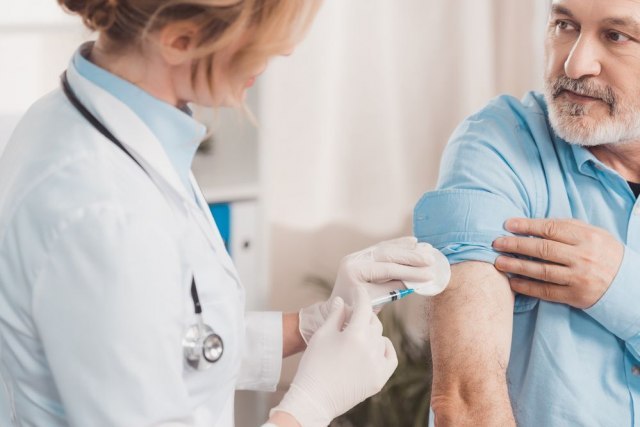 The director of the Institute, Vera Stoiljković, announced today that 100.000 to 150.000 doses of the vaccine will be produced.

According to her, there is a need to bring the production plant in line with production practices, and since 2009, "Torlak" has been joining the project for a global action plan.

"Torlak completed the project and produced the vaccine. Tests were done and it was proven that the flu vaccine, trivalent safe, was effective and showed immunogenicity," Stoiljković told RTS.

She stated that the vaccine is trivalent, it contains three strains of the flu virus, and during all phases there were no serious side effects, but mild ones, which are reflected in the appearance of a red circle, along with the milder body temperature.

The institute is also involved in the fight against COVID, and Stojiljković says that 1.000 to 1.500 samples are tested daily.

"We monitor flu every day, and we were in the middle of work in March. We did a small number of tests, and then 350 during the day, and today we reached 1.000 to 1.500 reactions with a different organization," the director of "Torlak" Institute said.