Prishtina -- Hashim Thaci should resign if the indictment is confirmed in the Special Court in July, the American expert on the Balkans, Daniel Serwer, announced.

Prishtina -- Hashim Thaci should resign if the indictment is confirmed in the Special Court in July, the American expert on the Balkans, Daniel Serwer, announced. 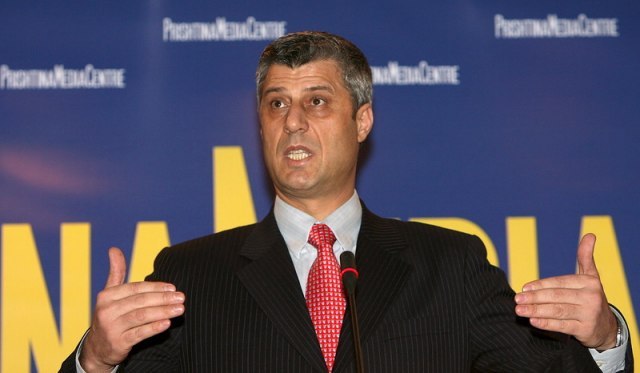 This standpoint is presented in the text on the site Peacefare.net. According to Serwer, Thaci should do it with dignity and go to The Hague to defend himself, Koha reports.﻿

Serwer adds that there are several examples of that, starting with former Prime Minister Ramush Haradinaj, and states that a non-political candidate similar to former President Atifete Jahjaga should come to the helm of Kosovo. "If the lawsuit is upheld in July, President Thaci must resign with dignity and go to The Hague to defend himself. Former Prime Minister Haradinaj has twice resigned to successfully defend himself in The Hague. Parliament will then have to elect a new head of state or take risks of conducting new elections within 45 days. A prominent, uncompromising and non-political candidate, similar to former President Atifete Jahjaga, is the right direction. Kosovo has plenty of highly qualified people, especially women. ﻿Just a few can be charged with war crimes, and most are free of corruption and other negligent acts", Serwer said.

It would be easier with Biden

According to him, the attacks on Serbs give Belgrade the strength to say that ethnic groups should be divided and that the territory occupied by Serbs should be given to Serbia.

"Such a transfer of territory and people poses an extraordinary threat to Kosovo as an independent and sovereign state, as it would remove a major obstacle to unification with Albania," Server said. He added that the meeting in Washington was not assessed as good and its cancellation was not a loss for anyone. ﻿

"Both Kosovo and Serbia need to improve their political and economic relations. The EU-led dialogue has not had significant results since 2013, but Brussels continues to maintain key incentives for normalization of relations between the two countries, including a promise given to Kosovo that five countries will recognize it. The real role of the US is to support the EU, which is difficult now because the Trump administration dislikes both Europe and the Union. It would be easier with the Biden administration, which seems possible considering that COVID-19 caught up again in the US countries in the south and west. "Still, the issue will not be resolved until November 3. At the moment, the most important thing is the balance of power in the Balkans. Serbia is already strong", Serwer said.

"Strengthening the state of Kosovo is a precondition for achieving a better result," Serwer concluded.