LONDON -- EU officials accused of unusual cover-up of evidence of brutality against migrants in Croatia, the British "Guardian" reports.

LONDON -- EU officials accused of unusual cover-up of evidence of brutality against migrants in Croatia, the British "Guardian" reports. 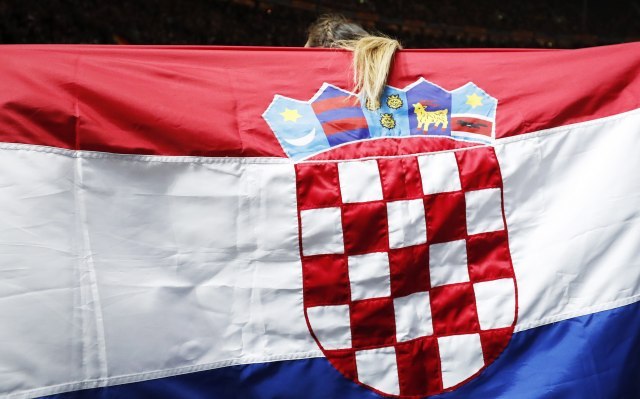 Namely, EU officials have been accused of "covering up" evidence that the Croatian government failed to control the situation on the border with Bosnia and withholding the brutal treatment of migrants who were allegedly robbed and tortured in a cruel and humiliating manner.

Namely, EU officials have been accused of an “outrageous cover-up” after withholding evidence of a failure by Croatia’s government to supervise police repeatedly accused of robbing, abusing and humiliating migrants at its borders.

This is not the first time that the media have stated that Croatian police officers and uniformed men (it is not known which) are accused of brutal treatment of migrants, more than once the leaders of the Croatian police have denied everything, despite numerous photos and testimonies of migrants who had the opportunity to "meet" with the Croatian border police and unidentified men in black uniforms.

"There have been multiple allegations of violent pushbacks of migrants and refugees by Croatian police on the border with Bosnia, including an incident in which a migrant was shot", the Guardian reports.

The British "Guardian", in a text published on June 15, now states that it had an insight into the internal emails of the European Commission, which reveal that Brussels officials knew about everything, but that they withhold that information.

The "Guardian" further states that European officials were warned that Croatia had failed to use EU money intended for the preservation of the EU's external borders, and that all this would look like an unprecedented scandal.

In response to allegations of a cover-up, an EC spokesman told the Guardian that what was known had been withheld from MEPs as the information was believed to have been “incomplete”.

It throws a spotlight on both the Croatian government’s human rights record and the apparent willingness of the EU’s executive branch to cover for Zagreb’s failure. Moreover, Croatia is seeking to enter the EU’s passport-free Schengen zone – a move that requires compliance with European human rights standards at borders.

Despite heated denials by the Croatian authorities, the latest border incident has been described by aid workers as the most violent in the Balkan migration crisis.

Allegedly, on 26 May, 11 Pakistani and five Afghan men were stopped by a group wearing black uniforms and balaclavas in the Plitvice Lakes.

“The men in uniforms tied each of the Pakistanis and Afghanis around a tree, so that they had to turn their faces toward the trees,” according to a report from the Danish Refugee Council (DRC), which provides healthcare for migrants in Bosnia.

"Once these people were unable to move, the men in uniforms fired several shots in the air with guns placed close to the ears of the Pakistanis and Afghanis. There were also shots fired close to their legs", the Guardian reported.

“They kept shooting. They were shooting so closely that the stones under our feet were flying and being blown to pieces,” one of the men told the Guardian. “They kept saying: ‘I want to beat and kill you.’ The torture has been going on for three to four hours.

The council’s report says electro-shockers were placed on people’s necks and heads. One of the men in uniform was cutting several victims with knives and the same person inflicted cuts to one person.

One asylum seeker witnessed the brutality towards migrants on the border saying that one of the men put his knee on his neck, then cut at him with a blade on his hands and face... beyond recognition.

These incidents took place for a while, then, the men in balaclavas called Croatian official uniformed police officers.

Upon the arrival of police officers, the migrants were put into vans and taken to the border with Bosnia-Herzegovina.

Contacted by the Guardian, the Croatian police denied the allegations and suggested that asylum seekers could have fabricated the account and that the wounds could be the result of “a confrontation among migrants”.

The Guardian reiterates that the establishment of supervisory mechanisms to ensure the humane treatment of migrants at the border had been a condition of a €6.8m cash injection announced in December 2018 to strengthen Croatia’s borders with non-EU countries.

The mechanism was publicized by the European commission as a way to “ensure that all measures applied at the EU external borders are proportionate and are in full compliance with fundamental rights and EU asylum laws”.

Croatian ministers claimed last year that the funds had been handed over to the UN High Commission for Refugees (UNHCR) and the Croatian Law Centre to establish the supervisory mechanism. However, both organizations deny receiving the money.

Last month, the commission was asked by Clare Daly, an Irish MEP, to account for this discrepancy.

In addition to giving the incomplete and wrong answers to the Irish MP, the internal correspondence of the EC officials suggests that the donation given to Croatia was not spent for supervision and that the commission is aware of that, deciding however against full disclosure of Croatia's lack of commitment to a monitoring mechanism, as "it will for sure be seen as a 'scandal'".

The truth will trickle out bit by fucking bit, but the coverup is stained with the blood of the murdered and abused. https://t.co/0NnmHXsEpP