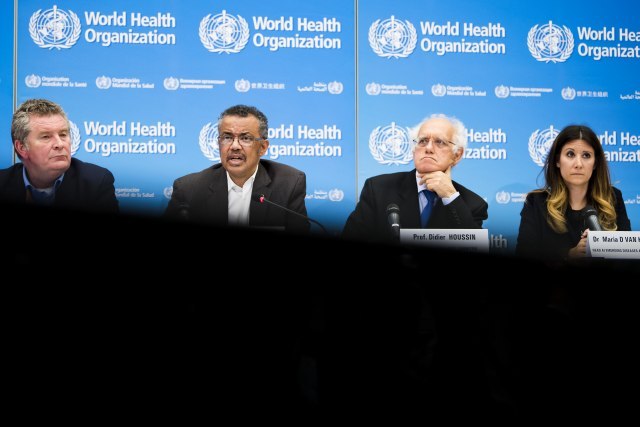 The WHO has declared a state of emergency at the international level after the number of cases of coronavirus infection has increased more than ten times in a week, AP reports.

The WHO declares a Public Health Emergency of International Concern when there is "an extraordinary event which is determined to constitute a public health risk to other states through the international spread of disease".

The WHO said that a global emergency was an "extraordinary measure", meaning that it posed a risk to other countries and required a coordinated international response.

Experts say there is a particular concern about the transmission of coronavirus from person to person in countries outside China, as they indicate that there is a greater potential for further spread of the virus.

Declaring a global emergency triggers recommendations for all countries. It is aimed at preventing or reducing the spread of the virus across the border, while avoiding unnecessary interference with trade and travel, as Reuters reports.

Dr Tedros said: "Let me be clear, this declaration is not a vote of no confidence in China. The concern is that it could spread to countries with weaker health systems".

He also said that there is no reason to limit international trade or travel to China.

The death toll now stands at 170 people in China.

The WHO said there had been 98 cases in 18 countries outside of the country, but no deaths, BBC reports.

Most cases have emerged in people who have travelled from the Chinese city of Wuhan, where the outbreak began.

However, there have been eight cases of human-to-human infection - in Germany, Japan, Vietnam and the United States.

China first notified WHO of coronavirus cases in late December.

To date, the country has reported more than 7,800 cases of infection, of which 170 are victims.

Coronavirus cases have been reported by 18 other countries, at a time when scientists are coping to understand exactly how the virus spreads and how dangerous it is.