BRUSSELS -- Ahead of Josep Borrell's visit to Serbia, his spokesman, Peter Stano, points out that Borrell stressed the importance of resuming Belgrade Pristina dialogue

BRUSSELS -- Ahead of Josep Borrell's visit to Serbia, his spokesman, Peter Stano, points out that Borrell stressed the importance of resuming Belgrade Pristina dialogue 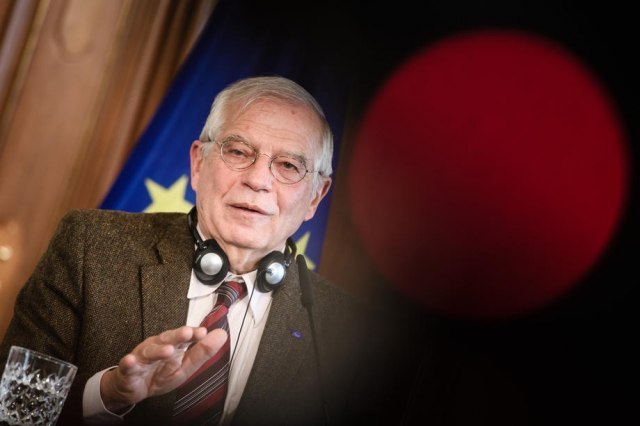 Borrell pointed this out in a telephone interview with Aleksandar Vucic and Hashim Thaci earlier this month.

EU Foreign Minister Josep Borrell arrives on a two-day visit to Serbia on Friday, whose main aim is to revive Belgrade-Pristina dialogue, and Stano notes for the paper that Borrell is determined to make it happen and to expect that both parties will quickly fulfill their obligations.

Stano said Borrell had recently confirmed in Berlin that the EU and he personally would do their best to facilitate dialogue.

"He repeatedly emphasized determination and personal engagement as a mediator in the dialogue. In communicating with the Presidents of Serbia and Kosovo at the beginning of the month, he stressed the importance of working to renew the talks", Stano said.

He stated that the EU expects "Serbia and Kosovo to quickly fulfill their obligations and initiate dialogue, given the direct link between the normalization of relations and the concrete prospects of their aspirations", Stano concluded.

"The aim of the dialogue is to conclude a sustainable and legally binding agreement that resolves once and for all times all the issues between Serbia and Kosovo, in accordance with international law and the EU acquis, an agreement that will have the support of EU member states and the region", Stano said.

As announced earlier by the European External Action Service (EEAS), during his two-day visit to Serbia, Borrell will meet with Serbian President Aleksandar Vucic as well as with the representatives of political parties and civil society.