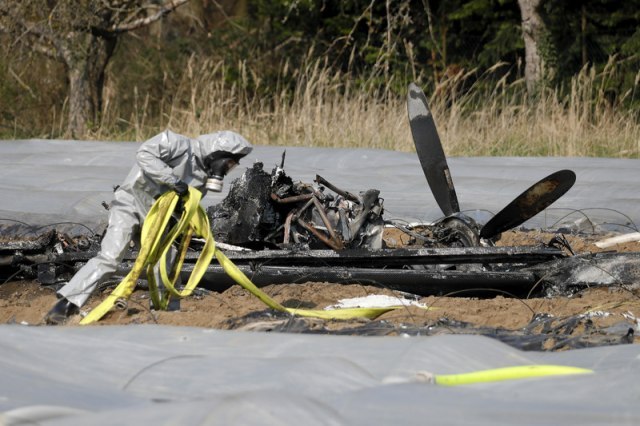 For the time being, there is no information on the possible casualties, and it is not clear to whom the aircraft belonged and whether it was a commercial flight. Namely, it remained unclear whose aircraft was involved in the crash.

Two Ghazni province officials said the plane most likely belonged to a foreign company and not, as originally reported, to the state-owned Ariana Airlines.

The Afghan Civil Aviation Authority said it had no reports of a crash of civilian aircraft, confirming that a military or cargo plane had crashed.

However, according to the first information provided by a local official and reported by the BBC, the Boeing of the state-owned Ariana Airlines, flying from Herat to Kabul, has collapsed.

Two other government officials confirmed this, but the information was denied by the airline.

“There has been an airline crash but it does not belong to Ariana because the two flights managed by Ariana today from Herat to Kabul and Herat to Delhi are safe,” the airline's chief executive said.

Moreover, the information about the number of people on the plane is conflicting.

Reuters said it should be borne in mind that dozens of private companies are hiring planes and helicopters to transport military contractors and aid across Afghanistan.

For now, according to the agency, it was confirmed that the plane did not belong to the US and NATO.

A senior official in the cabinet of the President of Afghanistan said only that the plane crashed near Ghazni province at 1:10 pm local time and that officials were still investigating details.

A Taliban spokesman told the BBC that they were also investigating allegations of the crash and did not find the wreck.