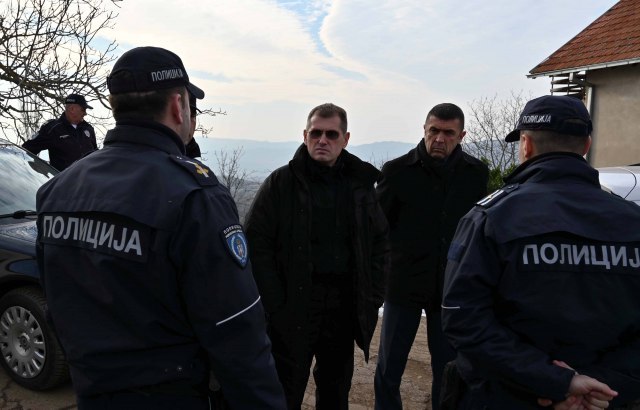 Ninoslav Jovanovic, known by the nickname the Barber of Malca, was arrested on Sunday, after a 17-day search in his native village district. He was ordered to stay for up to 48 hours.

Vladimir Rebic told RTS that Jovanovic was preparing for the abduction - he had stored food and water supplies and planned where he would stay with the victim. He also stated that he stole the vehicle, describing where and how.

Jovanovic, however, said he made the decision to kidnap Monica at the spur of the moment, when he was passing by her.

"He told her he was an electrician who was supposed to do school work and asked her to show him the way to the school, after which he put her in the vehicle", Rebic said.

Ninoslav Jovanovic's parents reported his disappearance in August, and the Ministry of Interior has since sought him out. However, he was searched for like any adult, Rebic says, adding that the extensive search was made after he was linked to the abduction of Monika Karimanovic.

"We subsequently determined that he was in the area of other villages, Knjazevac and Svrljig municipalities. He was preparing places where he could hide", said the Police Director.

There is no information that anyone was helping Jovanovic

The police have made a complete route of his movement in these 17 days.

"When we look at the space, it's 180 square kilometers that he was moving around. That's why it took us longer to find him", Rebic explains.

He points out that the police deserve to be commended on this case.

"The fact that we knew, after two days, that he was the abductor helped to arrest him, this is a police finding, based on video, of a vehicle stolen in Malca, seen in Suvi Do. Then, her DNA was found in the vehicle and we narrowed our search in that direction", Rebic said.

The search for him was made difficult by the fact that he did not move all the time, but stayed in one place. Rebic states that for the time being, there is no information that anyone was helping him, only that he was somehow managed to survive, entering abandoned houses to get food.