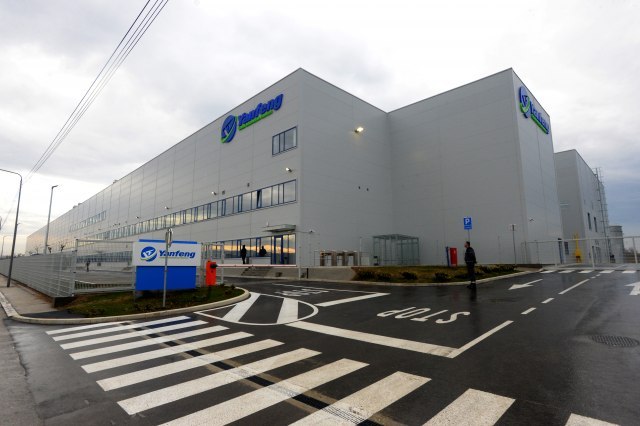 It will initially create 200 jobs - but as the plant is designed for 800 workers, their number will gradually increase, from year to year.

Steve Mesarosh, as one of the factory's representatives, said the plant will continue to grow and will contribute to Serbia's development with its products.

Mayor of Kragujevac, Radomir Nikolic, stressed at the ceremony that the developed economy enables better life of citizens. He recalled that in just one year, two industrial parks were opened in Kragujevac.

"With each new project, Kragujevac has grown in population. The factory we are opening today was built in less than 10 months, I want to thank everyone who participated in the process, and we owe a special thanks to the President of Serbia. This is the first large Chinese company in Kragujevac. It will employ 800 people and they certainly hadn't made mistake for coming to our city", Nikolic concluded.

The factory has its headquarters in Shanghai and it is composed of 110 manufacturing facilities and technical centers in 20 countries, employing more than 32.000 workers around the world who design, develop and manufacture internal components for automakers.