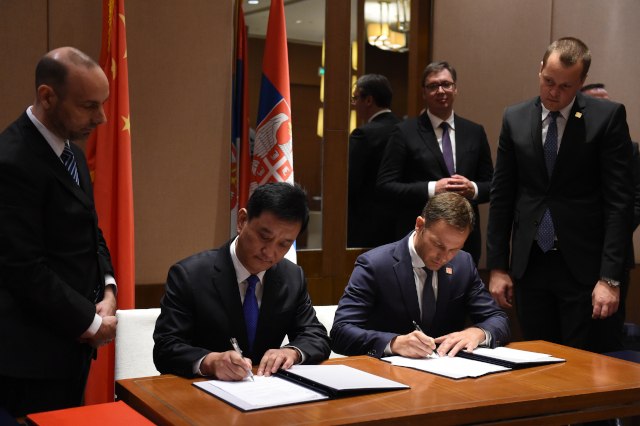 In addition, the Minister of Finance signed the Agreement on the purchase of equipment, works and services for the realization of a capital project of traffic surveillance between the Republic of Serbia and company Huawei.

The Serbian president is visiting China from September 16-19, where he will meet with President Xi Jinping and Prime Minister Li Keqiang. The signing of a series of bilateral agreements was also planned.

According to a press release from the presidency, while in Beijing and Tianjin, Vucic is also slated to meet with Hebei Province Governor Xu Qin and representatives of China's biggest companies, financial institutions and state agencies.

On the last day of his visit, Vucic will take part in the work of a regular annual meeting called New Champions, organized by the World Economic Forum (Summer Davos).

The forum will bring together more than 2,000 representatives of the political, scientific and business elite, and figures from cultural life.