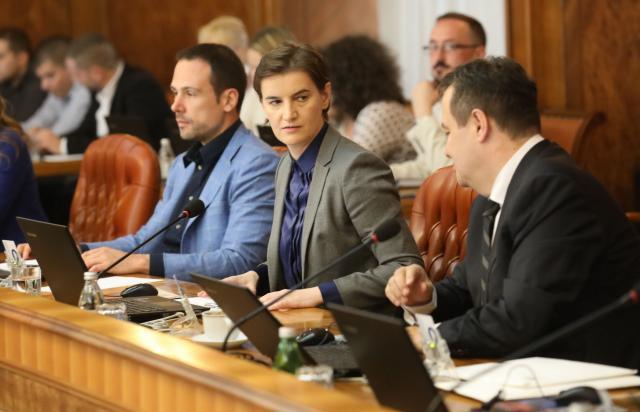 The Serbian goernment meeting in Belgrade on Thursday (Tanjug)

"The government of Serbia considers these acts of Croatia to run contrary to the spirit of good neighborly cooperation and respect of core European values, that includes freedom of movement," a statement issued by the government said.

It added that Serbia "remains committed to building good neighborly relations with the Republic of Croatia, refraining from actions that could contribute to violating relations with its neighbors," and to "maintaining peace and stability in the region and respecting European principles and values, in the interests of all citizens of Serbia and the region."

Earlier in the day, Croatian media said that if Belgrade responded to Zagreb's barring of Vulin with a reciprocal measure, Croatia's ambassador to Serbia would be withdrawn for consultations.

Commenting on this, Serbian Foreign Minister Ivica Dacic told Sputnik that his country would respond to this with another "reciprocal reaction."

"In this case, we would be forced to react in a reciprocal manner. In general, we need to turn to a positive agenda because the relations between Serbs and Croats are crucial for the stability of the region," Dacic said.