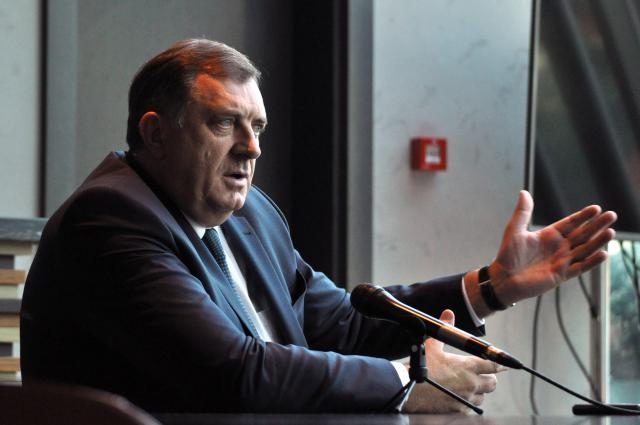 "I refused any participation of the Armed Forces of Bosnia-Herzegovina in the marking of RS Day. I do not want to have any more arguments about this," Dodik told TV K-3 late on Thursday.

He said that an honorary squad consisting of 50 police officers will be lined up to honor the Serb Republic, and that they will be wearing uniforms suitable for the occasion.

"The squad will be promoted on Republic Day, and we do not need the BiH Armed Forces. Well done to all the Serbs in these forces, but we do not see them as ours," Dodik stressed.

He also underlined that Serbs for political reasons must be present in the BiH Armed Forces, RTRS reported.

"We will continue to celebrate our holiday, and on January 9 next year we will have a great solemn academy. We will be organizing a manifestation, when we will line up our veterans and what we have at our disposal, because we want people to realize that the RS is prepared and defending itself," said Dodik.

He also said that the RS is fighting more and more each day against international interventionism - successfully for the time being.

"The Serb Republic acts like a real state and this is visible in all segments of society," Dodik said.

He added that the RS was moving forward with big steps every day, "something best seen through the cooperation with Serbia."