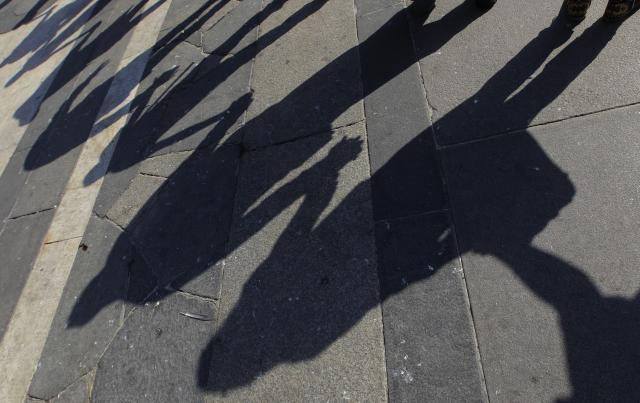 The average age of brides and grooms was 31 and 34 respectively. The number of first marriages in Serbia decreased by four percent in relation to 2015 and was 29,048.

The average age at the time of first marriage was 31 for men and 28 for women.

Homogeneous marriages were the most frequent - i.e., marriages between grooms and brides of the same ethnicity (87 percent), the RSZ said on its website.

Most often (67 percent) both spouses had the same level of education, while in 46 percent of marriages both were "economically active."

In 2016, the number of divorces was 9,046 and showed a 3.6 percent decline compared to the year before. The average age at the time of divorce was 40 for wives and 44 for husbands. The average length of marriages that ended in divorce was 13.3 years in 2016.

Most couples who divorced in 2016 had children – 55 percent (5,001 divorces). After divorce, in 72 percent of these cases mothers were given custody of the children.

The Statistical Office also released data on population numbers, revealing that between 2006 and 2016, based only on natural increase, the population decreased by approximately 385,000.

"The annual losses of over 35,000 persons show that every year a municipality of the size of Prijepolje, Becej or Savski Venac disappears," said the RZS.

Most children are born from women aged 25-34 (approximately 40,000 live births). The average age of mothers was 29.6 years. In urban settlements, the average age was 30.4 years and in other settlements 27.8 years.

The average age at death in Serbia was 74.8 years, with most people dying aged between 75 and 84.

The leading cause of death in both sexes was circulatory system diseases.

The Statistical Office notes with each of the reports it publishes that since 1998, it has not had disposal and may not provide certain data related to the Autonomous Province Kosovo and Metohija - "and therefore these data are not included in the coverage for the Republic of Serbia (total)."