Trump reacted - and this time, he has a clear message

The elections in the USA are over. While waiting for the official confirmation of the winner, different reactions are coming from around the world. 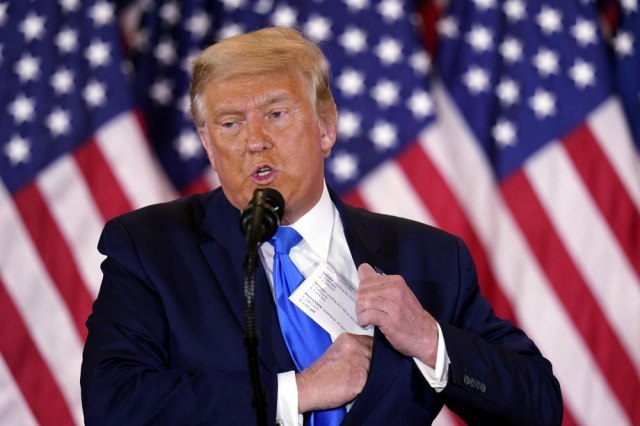 Donald Trump spoke again on his Twitter profile with the message that he will win.

MOMMY, WE WILL WIN! WAAAHHH!

WE ARE MAKING BIG PROGRESS. RESULTS START TO COME IN NEXT WEEK. MAKE AMERICA GREAT AGAIN!

According to CNN, while some are afraid that Biden will cope with the economy, which they believed in under Trump, others state that their lives, as minorities, will be much better.

We asked viewers how they were feeling after the election — a race that was too close to call until Saturday morning when CNN and other media outlets projected Joe Biden as the next president of the United States. Here's what you told us ➡️ #CNNElection

Will Biden find it difficult to return the United States to a nuclear deal?

U.S. envoy to Iran Elliot Abrams said that the Trump administration will continue to put pressure on this country and predicts that it will be difficult for President-elect Joe Biden to get the United States back to the nuclear program from which the United States came out.

"It doesn't really matter who will be the president of America on January 20, in the sense that there will be talks with Iran in any case. I don't know if the United States will return to the nuclear agreement," Abrams said, as reported by Reuters.

Joe Biden said that he hoped that the United States would return to the nuclear agreement, in which Iran agreed to reduce its nuclear activities, and to get the lifting of international sanctions in return.

Dogs are returning to the White House. Joe Biden ran on restoring tradition to the White House, and he is bringing back the time-honored tradition of presidential pets. Starting in January, the Biden family’s 2 German shepherds, Champ and Major, will roam the executive residence. President Trump was the first president in more than a century not to have a pet of any kind, Andrew Hager, the historian-in-residence at the Presidential Pet Museum, said. But from the country’s earliest days, pets have been a tradition for presidents. Theodore Roosevelt owned dozens of animals, including a one-legged rooster, snakes, guinea pigs, kangaroo rats and horses. Here is a look at some of those presidential pups: Joe Biden with his adopted dog, Major, in 2018. (Stephanie Gomez/Delaware Humane Association, via Associated Press) Ronald Reagan in 1985 with his bouvier des Flandres, Lucky. (Ronald Reagan Library, via National Archives) The Clintons and their dog, Buddy, in 1998. (@crowleygraph/The New York Times) Barack Obama with his dog Bo outside the Oval Office in 2012. (@nytmills/The New York Times) Franklin D. Roosevelt with his dog Fala in Hyde Park, New York, in 1941. (Universal History Archive/Universal Images Group via Getty Images) Richard Nixon with his family dog, Checkers, in 1952. (@apnews) Gerald Ford taking a swim with his dog, Liberty, in 1967. (George Tames/The New York Times) John F. Kennedy with his family's Welsh terrier, Charlie, in 1962. (Bettmann, via Getty Images)