Clashes escalated early this morning on the Greek-Turkish border, when the Greek forces fired tear gas and water cannons to stop migrants from entering Greece 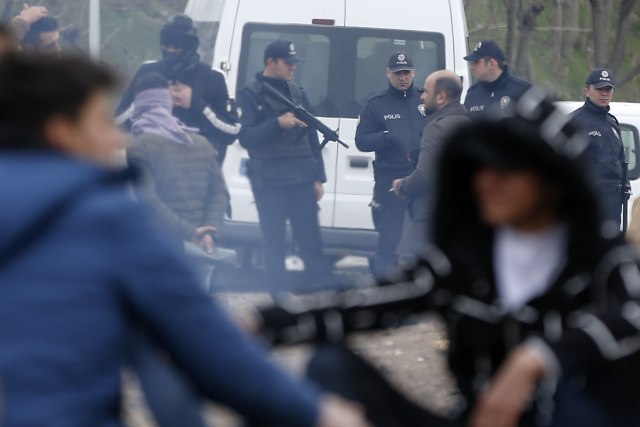 Turkish border guards, on the other hand, fired large amounts of tear gas at the Greek side of the border, the AP reported.

Thousands of migrants and refugees are trying to enter Greece this week, after seven days ago Turkey, which practically guarded Europe's borders, decided not to prevent migrants from moving freely to EU countries.

Athens described those conflicts as a threat to national security, according to Reuters.

The situation at the Greek borders became serious when Turkey released some 130,000 refugees and migrants, who headed for Europe's old Balkan route, which was largely closed after the 2015 migrant crisis.

Tensions on the Turkish-Greek border continued yesterday, although there were no tear gas and rubber bullets fired as in previous days.

Ankara deployed 1,000 special police forces on the Greek border yesterday to stop migrants from returning to their territory.

Don’t mistake them as some army or militants these are the peaceful refugees that want to cross into Greece & are given Tear Gas canisters & launchers by Turkey to dismantle & disrupt the border posts of Greece.
Greek govt has called in the Paramilitary.