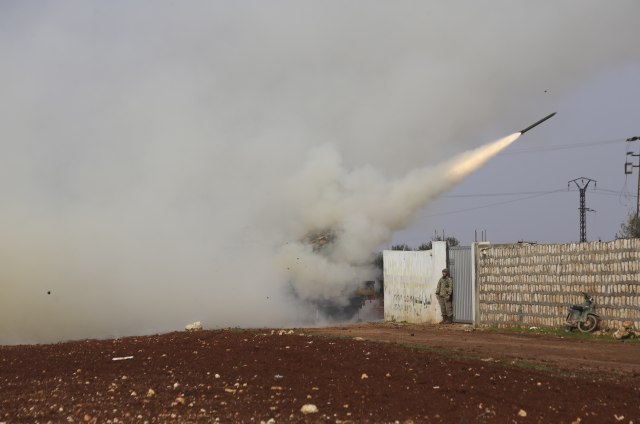 According to "Russia Today", the Turkish-funded militants have been targeting Syrian army positions.

The Russian ministry adds that Turkish forces ceased the attack after Moscow made contact with Ankara.

Condemning the air strikes by Turkish forces in which four Syrian soldiers were injured, the Russian military called on "the Turkish side to no longer support terrorist groups' actions and to supply them with weapons".

Su-24 aircraft of the Russian Air Force launched an attack on terrorists, which allowed Syrian troops to repel all attacks, the Syrian Center for Reconciliation said, "Sputnik" reports.

The Turkish Ministry of Defense, for its part, alleged that two Turkish soldiers were killed and five injured in an air strike in Idlib. The ministry did not specify who was responsible for the bombing, but added that it had responded to the attack.

The assault took place amid intense tensions between Turkish and Syrian forces.

The forces of Syrian President Bashar el Assad have the support of Russia. Idlib is predominantly controlled by the jihadist group, Hay'at Tahrir al-Sham (HTS), an alliance of militant groups active in Syria.

Authorities controlling about 70 percent of Syrian territory have said on several occasions that they have been resolved to regain control of Idlib.