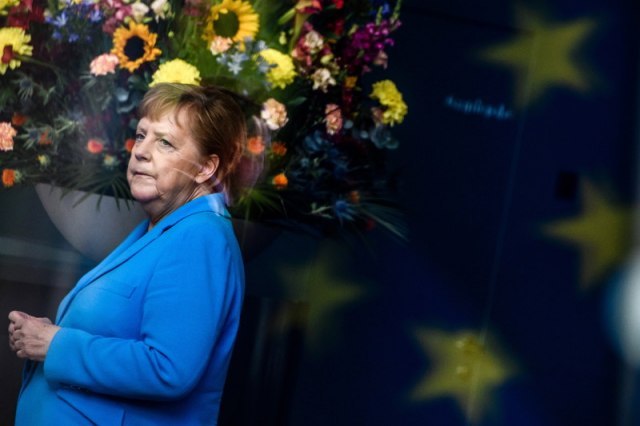 Annegret Kramp-Karrenbauer, the leader of German Chancellor Angela Merkel's conservative Christian Democrats, announced today that she will not run for chancellor. She will also step down from her position heading the party, German media report.

According to a Reuters' source, leader of the governing Christian Democratic Union of Germany (CDU), Annegret Kramp-Karrenbauer won't be running for chancellor in the 2021 elections. At the same time, the agency noted that Merkel wanted her to remain German Defence Minister.

Just to recall, she was recently at the center of a political scandal that prompted an urgent meeting of a ruling coalition chaired by German Chancellor Angela Merkel.

The news comes after a political crisis in Thuringia, where State Premier Thomas Kemmerich won local elections gaining votes not only from the CDU but also from the right-wing party Alternative for Germany (AfD).

The Social Democrats demand the answer and responsibility of the Christian Democratic Union and criticize the leadership of Annegret Kramp-Karrenbauer, Merkel's successor to the CDU leadership.

Sigmar Gabriel, Chairman of the Social Democrat Party (SPD) and former SPD vice-chancellor has estimated that giving up on the office and withdrawing from the CDU of Kramp-Karrenbauer shows that Democrats are in a leadership crisis that could end the ruling coalition of Conservatives and Social Democrats.

"The withdrawal of the Kramp-Karrenbauer is a logical consequence of the failure to impose herself even at the provincial branch of the CDU in Thuringia. No deputies came to her aid", Gabriel said.

"We are experiencing the end of another major people's party in Germany. After the SPD, the CDU is no longer able to withstand the party's tensions. The party's fragmentation has moved too far," he concluded, adding that he expects early elections.

The shock of the left and the delight of the right

AKK's departure, the most prominent political head to roll after the Thuringia crisis, was "unsettling", SPD board member Michael Roth tweeted Monday.

"It is still less certain whether decent democrats stand together, regardless of party affiliation, in the battle for democracy and against nationalism," he added.

Chairperson of the Left, Katja Kipping, expressed concern that the CDU would turn right after the AKK withdrawal. "Its merit was to keep the Union restricted to the right," Kipping said. The news of the Kramp-Karrenbauer withdrawal thrilled German political party Alternative for Germany (AfD).

Alexander Gauland, Chairman of the party's caucus, welcomed her decision and said he now sees a chance of CDU and AfD to move closer. "It is totally pointless and unrealistic to permanently refuse to work with AfD", Gauland said.