Western Balkans leaders have signed a declaration urging the EU to make its enlargement to the Western Balkans "a matter of geopolitical significance." 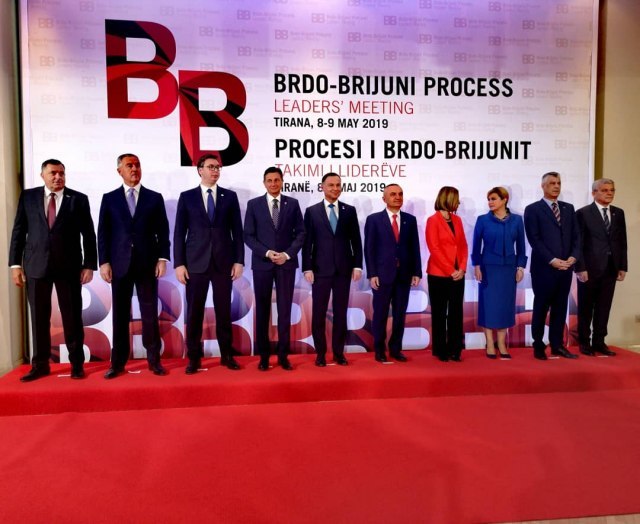 The leaders, gathered at the two-day Brdo-Brijuni Summit in Tirana, signed the declaration on Thursday, the Slovenian agency STA reported.

"The EU should keep in mind that the full integration of the Western Balkans into the European value system is an important a factor as the stability of Europe in general," the declaration said.

This, however, "does not exclude the obligation of candidate countries to apply the standards set by the European Union for countries seeking full membership," the document says.

Slovenian President Borut Pahor told a news conference that enlargement to the Western Balkans is unlikely to be a priority for the next European Commission.

"That's why we need to make the region more attractive to other EU members," Pahor said, adding that all countries in the region should be invited to join the EU. According to him, this would facilitate the resolution of problems and open issues among the countries of the Western Balkans.

Pahor announced at a press conference that the next summit will be held in Slovenia, probably in mid-November. He and the Croatian president invited United Nations Secretary-General Antony Guterres to attend this gathering.

Special guests were also present at the summit in Tirana: EU foreign policy chief Federica Mogherini and Polish President Andrzej Duda, who will host the Berlin Process in July.