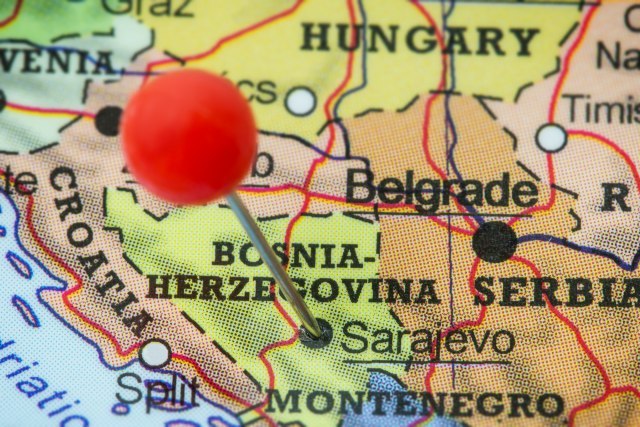 Kalinic pointed out that this reminds him of a time 30 years ago when Serbs uniquely, regardless of their different party affiliation, made the historic decision to establish Republika Srpska.

"This was, among other things, our democratic and courageous response to the overriding and contesting of the equality of the Serb people in what was then Bosnia-Herzegovina, and I believe that unity will be shown in the Serbian Parliament tomorrow," Kalinic said.

Kalinic said that today's special session is the first legal and legitimate response before any other move, including a referendum, to endangering the integrity of Republika Srpska, following a controversial decision by the BiH Constitutional Court on agricultural land.

"I have no doubt that the session will show the unity of the members of the government and the opposition and will leave no room for anyone who challenges our sovereign right to freedom and equality in Bosnia-Herzegovina," Kalinic said, Sputnik reported.

He stressed that Sarajevo, and especially parts of the international community, after so many years, should honestly wonder why both Serbs and Croats are so dissatisfied in Bosnia-Herzegovina, and why this country is not comfortable enough for these two constituent peoples.

Kalinic noted that the time of "stick and carrot" principle had passed, and that the Republika Srpska's right to property should be challenged in the Strasbourg Court.

"Until everyone's sincere will for structural changes in some institutions, first and foremost in the Constitutional Court of Bosnia-Herzegovina is not recognized, and until the return to the original Dayton Agreement becomes the only path of Bosnia-Herzegovina into a certain future, there is nothing left but for Republika Srpska to use all political, legal and democratic means in defense of its integrity”, Kalinic said.

He said that the current "policy of active passivity" of Serb representatives in the common institutions of Bosnia-Herzegovina is not an obstruction or some kind of inconsistent boycott of Bosnia-Herzegovina, but the only rational response to the political blindness of the international community and the Bosniak factor, and it will continue to be so until further notice.