Macedonian SDSM party leader and pretender to the premiership Zoran Zaev believes that Macedonia will become "the 30-member of NATO." 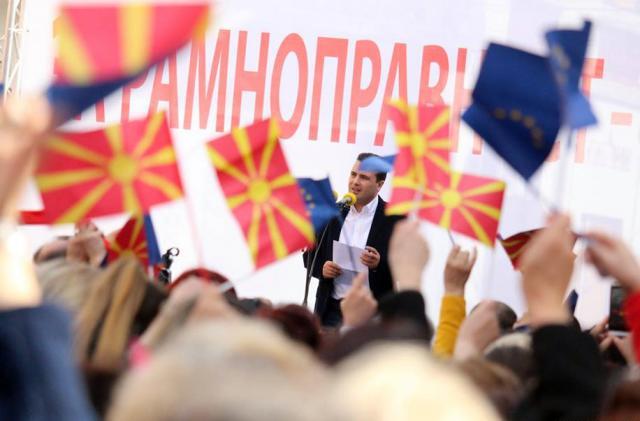 Zaev told the Podgorica-based daily Pobjeda that membership in NATO was important for Macedonia "because the military alliance, in particular for us in the Balkans, means stability, security and inviolability of borders."

"In addition, NATO is a guarantee of economic growth, economic development, an inflow of foreign investments. Finally, if Macedonia were a member of NATO, the dictatorial regime of Nikola Gruevski, together with his sponsors, would not have dared to cause the crises and the unrest that we unfortunately had a chance to witness in the last few years," said Zaev.

Speaking about ways in which Macedonia intends to solve the name dispute with Greece - which has blocked its NATO integration - Zaev said he believes that dialogue between the two governments, which will take into account the Macedonian identity, dignity and pride, would result in a solution to the decades-long problem.

"In that, I hope, the opposition will help, but also citizens of Macedonia whom we will, if necessary, invite to decide in a referendum, on the name of the country they live in. As you know, Greece has set changing the name of the Republic of Macedonia as a condition of our entry NATO," said Zaev, and added:

"I honestly don't understand what's expected of us. To declare ourselves to be Martians?! We are Macedonians and we cannot be anything else. By the way, I will remind you that our country has been recognized by 123 states under the name the Republic of Macedonia."

That is why, Zaev said, he is certain that Macedonia will soon, "with the help of citizens, the opposition and the international community," resolve the dispute with Greece. This will allow it to "follow the example of Montenegro and become the 30th full member of NATO," he added.