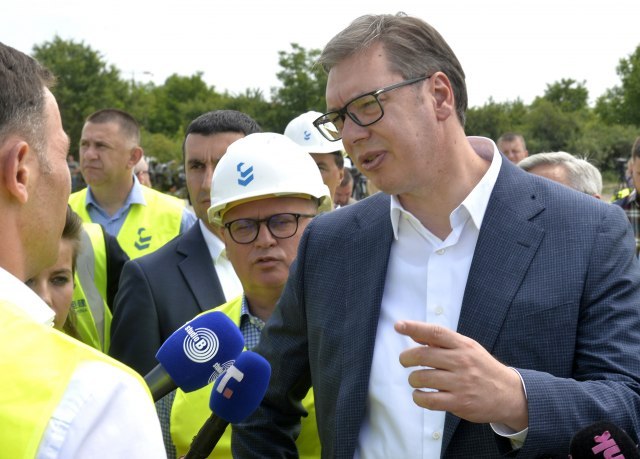 After visiting the works on the construction of the subway in Belgrade, when asked by journalists whether he was afraid of being indicted against him in Croatia, because of the inflammatory rhetoric of the Croatian media, he said he was proud of what he said, and reminded that Serbs did not expel Croats, but vice versa, Croats expelled Serbs.

Answering the question of journalists whether he is afraid of possible indictments from Croatia from which such announcements come, because of his speech in Glina which allegedly encouraged aggression and the expansion of Serbia to the borders of Greater Serbia, he said he was proud of what they were talking about and nothing was disputable.

As he says, this is always the case when someone does not have politics and thinks that war crimes can be committed and kill people. "I did not kill anyone, and these people did, and they killed children," he said, adding that he was proud of the work of the Serbian War Crimes Prosecutor's Office, which last week filed the first indictment for crimes committed against Serbs in Operation Storm.

Serious crimes, especially the murder of children, must not go unpunished, President of Serbia concluded.