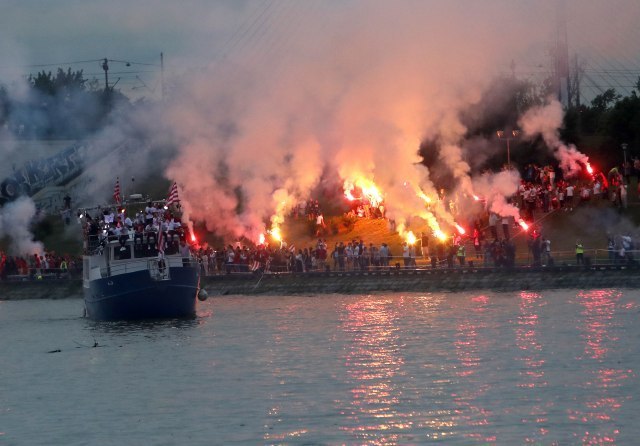 As stated in the announcement of the Ministry of the Interior, which was forwarded to the media, Minister Aleksandar Vulin underlined at that meeting that the basic priority in the work of the Belgrade police is the safety of the citizens of Belgrade.

"At the meeting, Vulin assessed that Belgrade is a safe city, but that this is not a reason not to raise security to an even higher level. Accordingly, Minister Vulin announced an even greater presence of police officers on the streets of Belgrade and other activities of police officers in order to increase the safety of citizens", it is stated in the announcement of the Ministry of the Interior.

Referring to the recent violence of hooligans in the Beton Hall, the Minister said that something like this would not happen again in the capital, but he also said that members of the police would fully clarify all the circumstances of this event and said that the perpetrators would be found.

"Belgrade is a safe city and every citizen of our capital must be safe and protected. With quick and timely action by members of the police, violent groups were arrested. Our key message to the perpetrators is that destroying Belgrade and harassing citizens is not allowed and that something like this will not go unpunished and without consequences. I expect your even greater engagement in order to raise the level of security of citizens", Vulin said. He reiterated that he advocates a stricter penal policy towards bullies.

By the way, further tasks and priorities in combating crime in the capital were discussed at the meeting, with a special emphasis on the fight against drug dealers and street crime.