Advisor to the President of Serbia, Suzana Vasiljevic, explained why Aleksandar Vucic was absent from the media for a few days 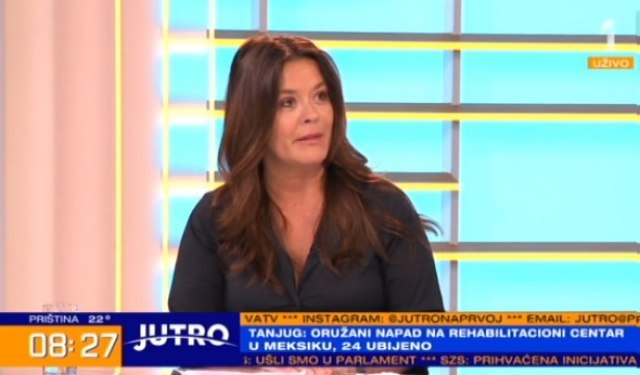 When asked what is true in the media articles about the President of Serbia, she said in the morning program of TV Prva that it was fun to watch those who were worried that he did not appear in the media, because they are the same people who counted seconds before. on TV, so speculation started.

"During that time, he was where he was, on the route Presidency of Serbia - Villa Bokeljka. When the president returned from Brussels, he was supposed to go to Washington DC, and then to the summit in Slovenia. Both events were canceled, and the Slovenian Prime Minister canceled it at the last minute", Vasiljevic said.

She explained that the President used that free time to analyze election results, which he could not deal with before.

On Novi Pazar and the three fractions

Advisor to the President of Serbia, Suzana Vasiljevic, stated that the health situation in Novi Pazar is the main problem, but that the political story started an avalanche of disinformation from that city because there are three political fractions in the conflict.

"There are three political sides in the conflict, where one of the leaders calls his country a fascist creation and a monster," the adviser to the President of Serbia told Prva.

Speaking about the situation in Novi Pazar and the fact that President Aleksandar Vucic did not give any statements for some time, she pointed out that it took time to look at the entire situation.

"The president saw the data, as did the prime minister. But it took time to analyze whose interests are intertwined in that city. It was a good test to see who and how is trying to destabilize the country," Vasiljevic said.

She says that the political games have shifted to the field of health and that it is a mistake that there was no faster coordinated communication.

When asked who plays political games, she said that they are primarily Sulejman Ugljajin and Muamer Zukorlic.

"Ugljanin, who is constantly trying to destabilize Serbia," Vasiljevic said, adding that the citizens of Novi Pazar should know that the state is behind them and that they will do everything to improve the health situation in that city.

She also said that during the visit of the Prime Minister and the Minister of Health to Novi Pazar, the sympathizers of Ugljanin and Zukorlic booed and turned their backs on them.