Vucic: This is a question of mere existence 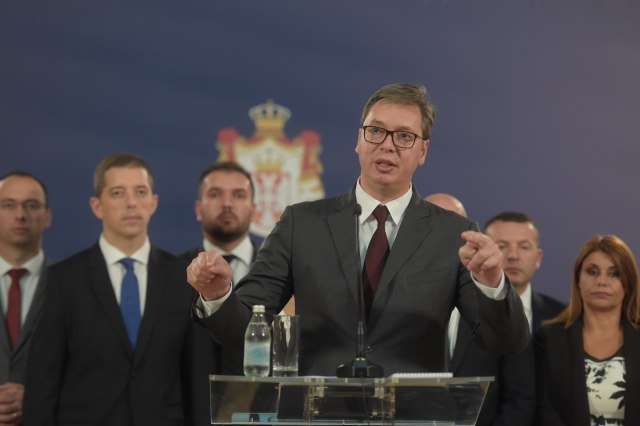 Vucic met with 17 candidates of the Serb List for MPs shortly after 1 pm at the Presidency. The meeting was attended by the Director of the Office for the Kosovo and Metohija, Marko Djuric.

After the meeting, Vucic addressed the media.

"First of all, I want to invite all Serbs on Kosovo and Metohija to go to the polls on October 6 and vote by their own conscience, and I would like to appeal and to invitate them to vote for the Serb List", Vucic said.

He commented on the course of the election campaign.

"You could witness a joint, focused and brutal campaign running in Kosovo. The campaign was run by all four Albanian political lists, and everyone said it was important to talk to the Serbs, but not to Serbia. Everyone else was allowed to come, but none of us from Serbia could come to support our people and the representatives of our people".