EU "will not allow us to join without solved border issues"

Serbian President and SNS leader Aleksandar Vucic says the EU "will not allow us to join without a clearly solved issue of the borders." 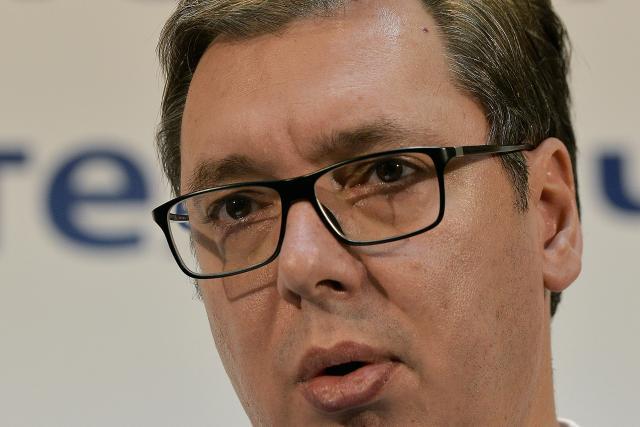 How we will solve it, he added - "that's another matter."

"Are we going to solve it or not? People will certainly have to say in some referendum what they think about it," Vucic told Happy TV.

He noted that "the new French ambassador said what was already known - that Serbia will have to reach a legally binding agreement with Kosovo, which envisages it having the issue of its borders solved."

The president said that he personally "certainly won't run away from saying what is the least bad solution."

"Because there is no good solution," he said, adding that "in two, to two and a half months" he would "say what he meant - and if people don't think alike, that would be a defeat of his policy."

We must try to solve this, he stressed.

"We have a difficult problem of nobody wanting to take anything onto themselves. Toma (Tomislav) Nikolic and myself, and even (Vojislav) Seselj were not against it, we supported the passing of the Constitution in 2006, although we (the Serb Radicals) were the opposition, but we had a state-making approach. These (opposition parties) today will not discuss the Constitution or any serious topic, because they don't know what to say," he said, and added that "it goes something like this":

"Everybody's thinking, 'Vucic, you get this done, we'll take your head off, and we will say thank you to God that we don't have to deal with it."

He recalled that in Laplje Selo in Kosovo, where he visited last weekend, a Serb woman whom he spoke to, "Mrs. Vulicevic," told him, "Son, just don't sign anything" - and added that his own father is telling him the same.

"I ask him, 'and what do you think, does someone have to make some decision in this country'. This, 'don't sign it, run away, pass the buck'," said Vucic.

According to him, "we had this situation where there was no signing and no decision making."

"And do you know all the things we gained and the time and peace bought with the Brussels agreement," he said.

Vucic emphasized that "we have to talk about what we will do in the future" while "no use or happiness" will come out of "a conflict with Albanians."

"They are not stronger than us, nor are some others, but we shouldn't be stronger, either - we should be richer, more successful, hurry and catch up with those who are ahead of us, have more foreign and domestic investments," said Vucic.