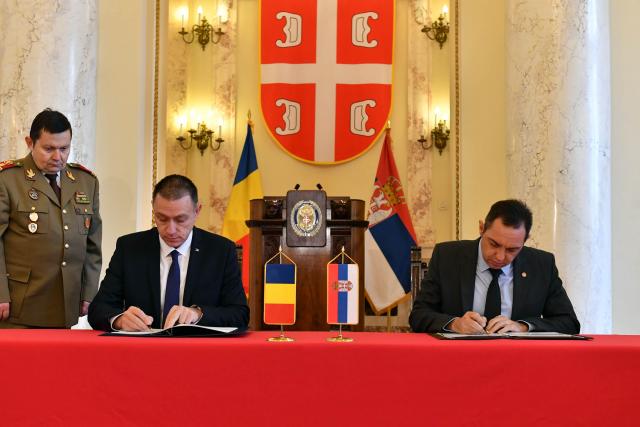 Speaking during their meeting in Belgrade, Vulin said that relations between the two countries were "at a high level," and highlighted Romania's support for the territorial integrity of Serbia.

Vulin "underlined that Serbia and Romania are friendly countries and expressed gratitude for the position of the Romanian government and the Romanian people when it comes to Kosovo and Metohija, as well as for the country's support to Serbia's European integration process," the government said on its website.

He added that the two parties, by signing the defense agreement, "committed themselves to even better communication and cooperation, which represents a significant advance in the mutual relations between the two countries and armies."

Mihai Fifor "underlined that Serbia is one of the best friends of Romania and that bilateral relations in the field of defense are maintained and strengthened at the high level, which is important in the current complex security challenges in the neighboring countries."