More than 20,000 people have been stopped over the last six months from illegally entering Serbia, Interior Ministry Nebojsa Stefanovic said on Sunday. 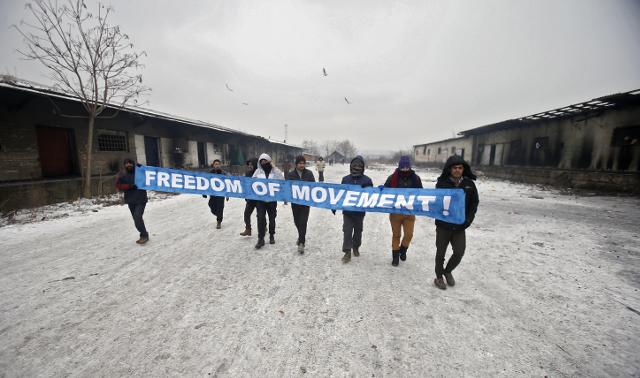 Speaking while touring a temporary reception center for migrants in the Belgrade municipality of Obrenovac, Stefanovic stressed that "no system can absolutely stop migration, but some of those people can be returned to the surrounding countries through the system of return."

According to him, this "system" works well with Bulgaria, while there are attempts to establish it with Macedonia.

"Europe can help Serbia when it comes to migrants and sending them back to their countries of origin, and we can absolutely count on its support," said the minister.

He added that migrants now in Serbia are "grateful to the Serbian police for treating them in a decent, normal and human way, unlike in other countries where they didn't have the same experience."

"Our task is to secure both the safety of migrants, but also of our citizens, that is, for no Serbian citizen to feel any burden because Serbia is a responsible state that wants to help people," Stefanovic said, adding that no sustainable solution for the migrant crisis can be found without "a united position and agreement of Europe, and a strategy of solidarity."

"Serbia will continue to act seriously and responsibly and humanely, and we will not allow these people to suffer the consequences," stressed Stefanovic.