Serbian First Deputy Prime Minister and Minister of Foreign Affairs Ivica Dacic has laid a wreath on the grave of Yasser Arafat. 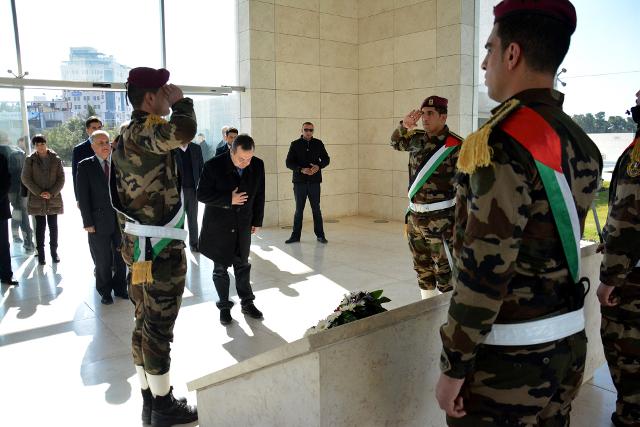 On the occasion, he "reminded of the many years of friendship between the two nations," the Serbian government said.

The Serbian minister said that the visit to Palestine was "very successful, during which he met with top Palestinian officials, including President Mahmoud Abbas and Foreign Minister Riyad al-Maliki."

Dacic also visited Israel, and said that relations with that country are "very significant for Serbia.

After his meetings with senior Israeli officials, Dacic noted that Israel "will not change its position on Kosovo" - the country does not recognize the unilaterally declared independence of the Serbian province - and that Serbia can continue to count on its support in that regard.

"That is why it is important that the conversations I have had with top Israeli officials confirmed our joint commitment to developing good bilateral ties," Dacic said last week.