SNS leader Aleksandar Vucic said late on Sunday he was "deeply moved" by the results of the early parliamentary election in Serbia. 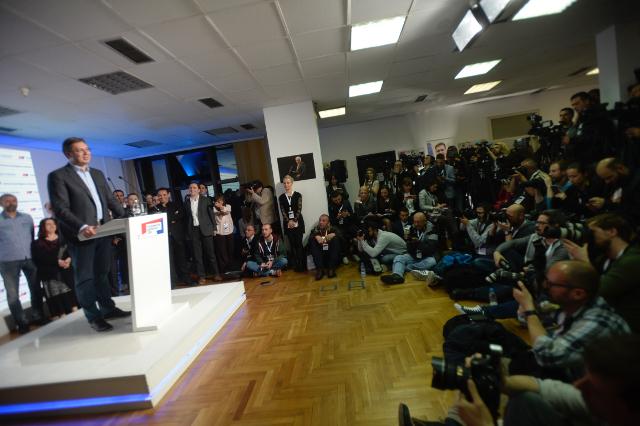 Speaking at his party's headquarters in Belgrade, where he was welcomed with a long applause, he said that citizens have "chosen the SNS to lead Serbia's new government."

The prime minister of the cabinet currently in the technical mandate said the outcome of the voting was "a great honor, one that brings with it enormous responsibility."

"We know where to go, how to secure the future, and how to work hard to get there," said Vucic, describing today's elections as "the most peaceful with the least amount of irregularities in the past 25 years," and adding that they "showed that Serbia showed to itself and the world that it is united in efforts for a better future."

"All previous elections were for stabilization, these were for a prosperous future. Serbia will continue its European road, we want to speed it up, too, we will not make compromises, and will continue to maintain traditional friendships with Russia, China, but also with the U.S.," he said, adding that there was "no time to celebrate."

"If the president gives me the mandate (to form Serbia's new government) I promise that regardless of who citizens voted for, I will preside over the government of all citizens," he said.

The SNS leader added that he "expects the authorities" to investigate all allegations regarding the falsified signatures during the campaign.