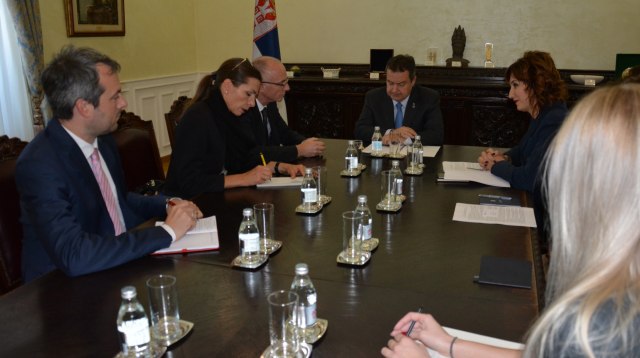 According to a Serbian government press release, they stated that "bilateral relations between the two countries are very good and characterized by cooperation in all areas."

During a courtesy call of the new German ambassador to Dacic, the two officials also noted that the relations are characterized by intensive dialogue at the highest level and a constant trend of improvement.

Economic cooperation and a large number of German investments in Serbia were highlighted as another confirmation of good relations.

Dacic and Schieb "noted that Serbia is making great efforts to be recognizable as a reliable, responsible and predictable partner in the Western Balkans."