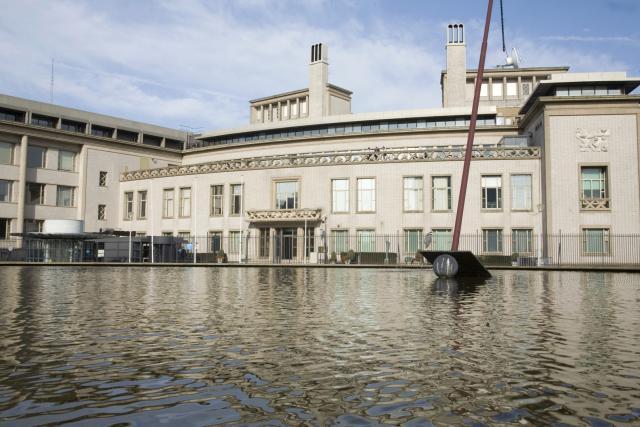 The tribunal said in a statement that Interpol informed them about this on March 24, and that the red notices seek the location and arrest of Petar Jojic, Jovo Ostojic and Vjerica Radeta - three officials of the opposition Serb Radical Party (SRS).

Interpol acted on the request of ICTY’s Registry, following an order of Trial Chamber I, with the red notices effective as of March 16, 2017.

The tribunal charged Jojic, Ostojic, and Radeta with contempt of court for allegedly having threatened, intimidated, offered bribes to, or otherwise interfered with two witnesses in the trial against SRS Vojislav Seselj and a related contempt case against him, the statement said, and added:

"Since January 19, 2015, arrest warrants and orders for surrender of the accused have been pending execution by Serbia. Following Serbia’s continued non-compliance with its obligations to cooperate with the Tribunal under Article 29 of the ICTY Statute, Trial Chamber I issued international arrest warrants on October 5, 2016, which were issued publicly or in public redacted version on November 29, 2016."

The Higher Court in Belgrade ruled on May 18, 2016, that the Serbian Law on Cooperation with the ICTY does not provide for arresting and extraditing persons accused of contempt of court, but instead only those accused of the gravest war crimes, including genocide and crimes against humanity.

Last summer, the tribunal asked that Serbia changes its legislation "to bring it fully in line with international obligations" among them acting on the arrest warrants and extraditing the three SRS members.

With the first-instance ruling delivered on March 2016, Vojislav Seselj was acquitted of all charges by the ICTY. The appeals process is currently ongoing in that case.