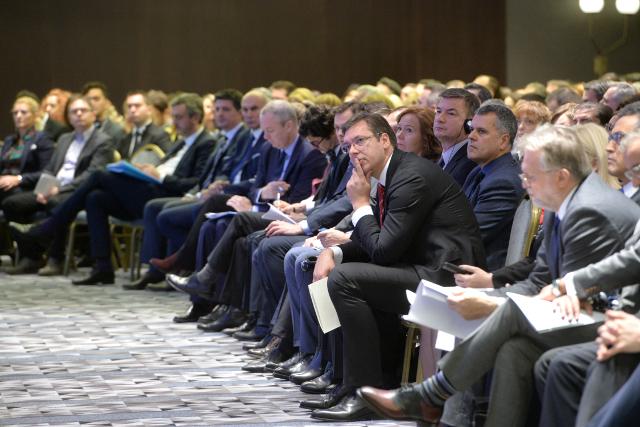 "I think we have had concrete programs with concrete deadlines. That has given strength and credibility to reforms, as confirmed by international organizations," he said, speaking at the presentation of the Foreign Investors Council 2016 White Book.

He announced a 2.7-2.8 pct GDP growth by the end of the year, noting that the processing industry and the energy and the construction sectors were registering the highest growth.

The growth has been based on investment and exports, with increased private spending to be a third pillar of even higher growth in 2017, Vucic said.

The Serbian government aims to achieve a GDP growth of 3-4 percent in the coming years, he said.

President of the FIC Yana Mikhailova stated that between the two editions of the White Book the Serbian government has managed to implement fiscal consolidation and facilitate good economic parameters which give basis to high expectations for the future.

She said that the Council believes that it is crucial for the government to use the momentum and further accelerate structural reforms, reduce bureaucracy and improve law enforcement.

According to the latest edition, the greatest progress has been made in the areas of real estate and construction, and in the four areas of the general legal framework, such as protection of competition and consumers, state aid and public notary, as well as in telecommunications, oil and gas, and private insurance.