"Serbia cooperates more with NATO than with Russia"

Davic McAllister says that, accordance with Chapter 31 of its accession talks, Serbia should "progressively align its foreign and defense policy with the EU."

"Serbia cooperates more with NATO than with Russia"

Davic McAllister says that, accordance with Chapter 31 of its accession talks, Serbia should "progressively align its foreign and defense policy with the EU." 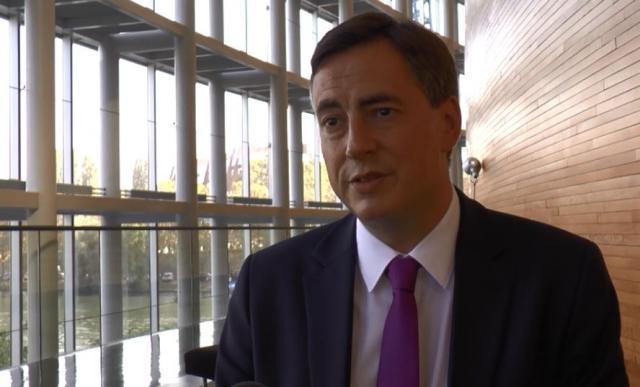 Asked "whether the EU can tolerate the fact that Serbia has not imposed sanctions on Russia," he replied:

"Serbia is on its way to becoming a member of the EU and member states must be able to conduct political dialogue in the context of foreign, security and defense policy, to be in line with EU statements, to take part in EU actions and to apply agreed sanctions and restrictive measures."

As for his thoughts regarding the joint military exercises organized by Russia and Serbia, Allister said that "by annexing Crimea Russia unilaterally changed the borders of a neighboring country," which he said was "contrary to fundamental principles of the EU." The EU official then added that it is known that the level of Serbia's military cooperation with NATO is considerably higher than that with Russia.

McAllister also said that Serbia has shown "great progress" in European integration, but that the pace of negotiations will depend on further progress regarding the rule of law and the normalization of relations between Belgrade and Pristina.

Asked whether Serbia can become an EU member without "recognizing Kosovo," he replied that Serbia is asked to "engage in improving relations with Kosovo."

"This process will ensure that both countries continue their European paths, while avoiding it would lead to the mutual blocking of these efforts. This process should lead to the normalization of relations between Serbia and Kosovo by the end of Serbia's accession negotiations, so that both sides can exercise their rights and fulfill their obligations," said McAllister.

As an issue that continues to be a cause for concern, McAllister cited "threats, violence and intimidation of journalists" in Serbia, while another problem was that the privatization of state-run media did not lead to more transparency of ownership and of funding sources.

"Freedom of the media cannot be achieved only by adopting legislation. A media-friendly environment is needed," said the EP rapporteur.