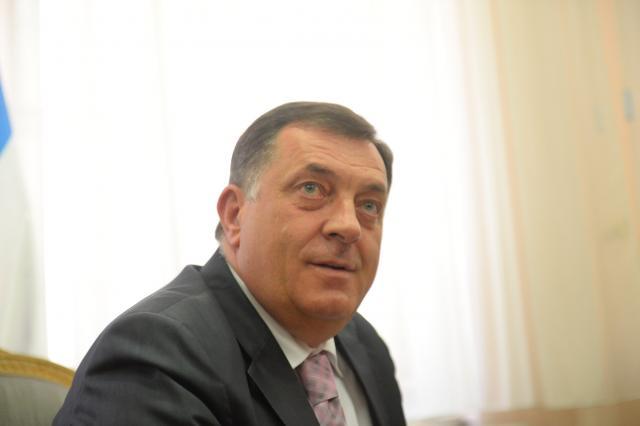 According to Beta agency, Dodik met with Serbian Prime Minister Aleksandar Vucic and said he was concerned, but also expected Serbia "to stand with the RS under all circumstances."

"The RS went into the Dayton (peace agreement) as a state, and today that term has been forbidden," Dodik remarked, adding the entity's "only choice" is a return to "the original Dayton Agreement".

During the meeting, Vucic said that his country would "always insist on the survival and a better future of the RS, as well as on friendly relations with Bosnia-Herzegovina," Beta reported.

Tanjug said, quoting a statement from the Serbian government, that Vucic and Dodik discussed "current political situation in Bosnia-Herzegovina and in the Western Balkan region."

Dodik "pointed out that an organized campaign against the RS and the Serb people who live there is underway in the Bosnia-Herzegovina and some other countries."

"The RS sees Serbia as its first and foremost ally, and expects the Serbian government and its authorities to provide it with full support in line with the Dayton peace agreement, and help protect it from all forms of threat," Dodik said.

"Peace and stability are vital interests for Serbs wherever they may live, and Serbia will always insist on the survival of and a better future for Serbs in Republika Srpska, and on good and friendly relations with Bosnia-Herzegovina as a whole," Vucic said, according to Tanjug.

Earlier on Tuesday, Vucic received the Serb member of the Presidency of Bosnia-Herzegovina, Mladen Ivanic.