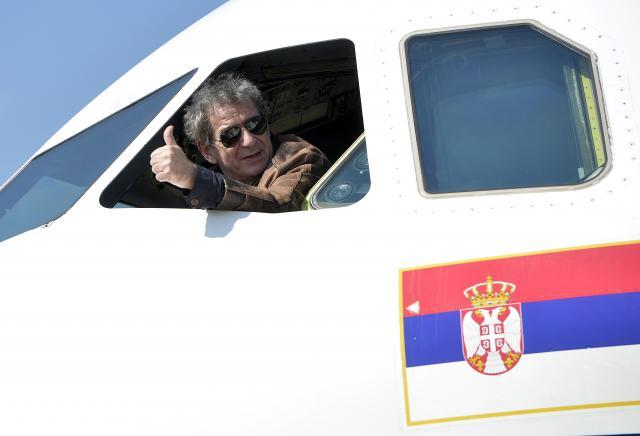 Air Serbia CEO Dane Kondic and Miki Manojlovic unveiled part of the plane carrying the actor's name at a runway.

The “Living Legends” initiative is aimed at honoring Serbian citizens who gained international acclaim. The planes have so far been named after the world's number one tennis player Novak Djokovic, basketball player Vlade Divac and football player Dejan Stankovic.

“I am very happy about this. After the three legendary sportsmen, Djokovic, Divac and Stankovic, here I am. This is a great honor,” Manojlovic said.

Manojlovic was chosen because of his outstanding contribution to the cinema, theater and television industry in the territory of the former Yugoslavia and Serbia in the course of his career spanning nearly 50 years.