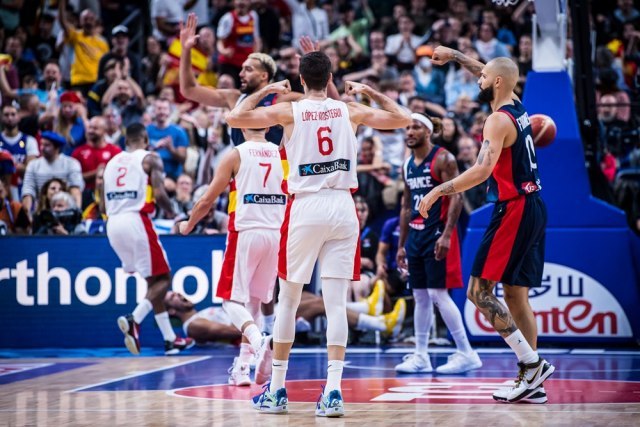 In 2022, Spain won its fourth gold medal at the European Championships.

They appeared as a team that no one predicted would be among the top four selections. Yet, with a naturalized American, excellent local basketball players and an experienced Italian coach, they "conquered" Europe.

They broke France without major problems, which again not many people expected, and Juan Alberto "Juancho" Hernangómez wrote history by becoming the only player who came off the bench and "packed" six three-pointers in the first half, just like Michael Jordan did in 1992, in the NBA Finals against Portland.

Juancho could even reach the record of Aleksandar Saša Djordjević from 1995, when in the final against Lithuania he "packaged" 9 three-pointers from 12 attempts, but Hernangómez remained at the number of 7 shots from outside the line, 6.75.