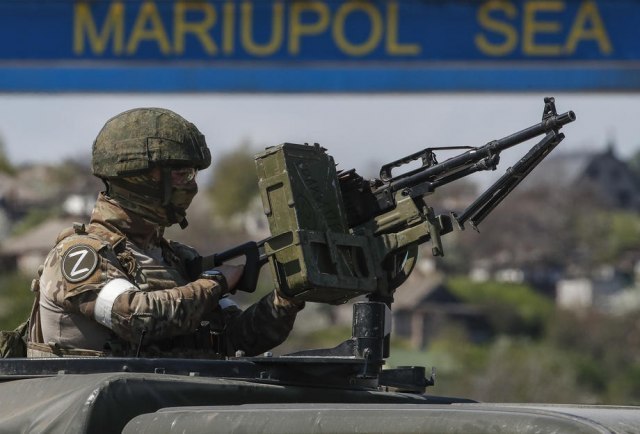 President Volodymyr Zelensky visited the front line in the Kharkiv region for the first time since the beginning of the war.

A few hours after he left this city, several explosions were heard in it, and a large black cloud was seen in the northeast of the city.

On Sunday, the ambassadors of the EU member states failed to reach a consensus on the introduction of the sixth package of sanctions against Russia, which refers to the oil embargo.

Strong explosion in the center of Melitopol

A strong explosion erupted in the center of Melitopol, said Vladimir Rogov, a member of the main council of the military-civil administration of the Zaporozhye Region.

Rogov specified that the center of the city was filled with black smoke.

Russian troops have entered the suburbs of the Ukrainian city of Sievierodonetsk, Governor of Luhansk Region Serhiy Gaidai said today.

He said that Russian troops attacked the city with all weapons, with air support, and entered its southeastern and northeastern parts, Reuters reports.

Gaidai stated that two civilians were killed and five were wounded in the shelling of Sievierodonetsk.

Duda: Poland is ready to become a guarantor of Ukraine's security

Polish President Andrzej Duda confirmed that the country is ready to become a guarantor of Ukraine's security.

"Volodymyr Zelensky asked me if I agree that Poland should be one of the guarantors of Ukraine's security. We believe that as neighbors, it is simply our duty to do that. So, if Ukraine offers us to be a guarantor of security and a guarantor of peace, when the war is over and if such conditions of a peace treaty will be accepted - then - yes, Poland will take part in it", Duda concluded.