PODGORICA -- Government session of Montenegro, at which the sanctions against Russia were supposed to be confirmed, was interrupted yesterday. Serious accusations followed.

PODGORICA -- Government session of Montenegro, at which the sanctions against Russia were supposed to be confirmed, was interrupted yesterday. Serious accusations followed. 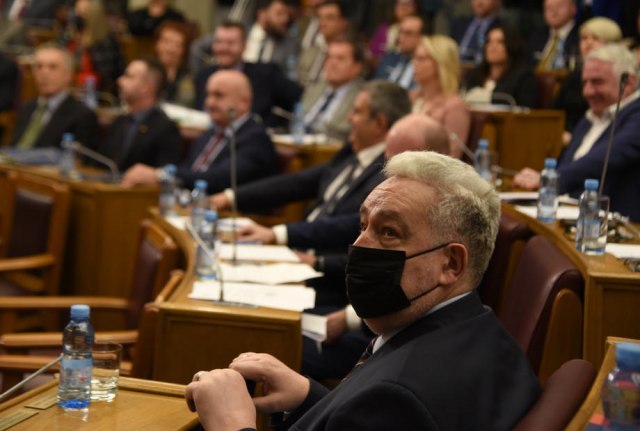 As it was announced on Thursday from the office of Prime Minister Zdravko Krivokapić, the reason for that was the disagreement "in the procedure of adopting the decision on the application of sanctions".

Deputy Prime Minister Dritan Abazovic agreed with such an attitude and stated that the MFA does not deal with the allowing or denying entry of people into the country and that it cannot freeze someone's account or seize property.

Then, at an extraordinary press conference, he said that the party had to take sides in crisis situations, and that Montenegro is currently on the side of Syria and Venezuela, because they did not impose sanctions on Russia.

Then Montenegrin President Milo Djukanovic spoke up, saying that the Montenegrin government continued to disgrace the state.

"This is a question of the moral attitude of every individual, as well as those people who sat in the Government, to condemn something that is happening to the friendly people near us," Djukanovic said for TV Montenegro.

The session of the government was also marked by an incident, and after provocations and insults, it almost got to physical confrontation, which was prevented by the ministers, the interlocutors who attended the incident told Podgorica's Vijesti.

The incident came at a time when a decision to extend sanctions on Russia was to be adopted.

Interlocutors of Vijesti said that the Minister of Foreign Affairs, Djordje Radulović, immediately got into an argument with the Minister of Economic Development, Jakov Milatović, who had previously allegedly provoked him.

Mutual provocations followed, along with insults.