BELGRADE -- Well-known journalist Dušan Mašić passed away in Belgrade, the media report, and the news was also confirmed for B92.net.

BELGRADE -- Well-known journalist Dušan Mašić passed away in Belgrade, the media report, and the news was also confirmed for B92.net. 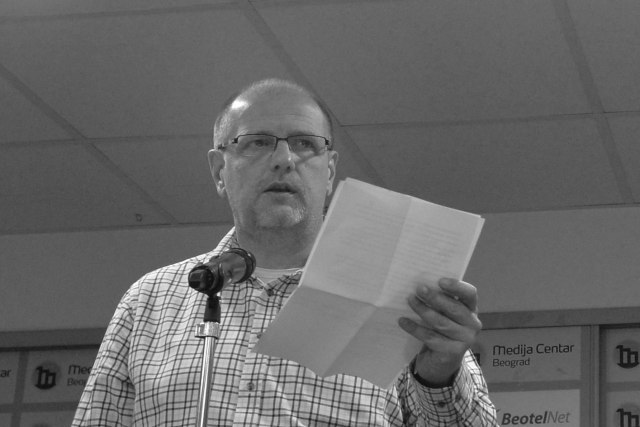 It is unknown at this time what caused the BBC journalist's death.

Masic started working as a journalist in 1989, at the then Youth Radio B92. From an associate journalist, through an assembly reporter and a war reporter, in the mid-1990s he became one of the recognizable voices of B92 and the editor of the B92 Radio news program.

For many years, he reported for the Voice of America, and he also wrote part-time for NIN. He was the first CEO of the Association of Independent Electronic Media (ANEM), and since 2000, he has been a consultant for electronic media and one of the top radio experts in the Balkan region.

Dusan Masic was one of the founders of the BBC Serbian desk in Belgrade.