BELGRADE -- Decision whether the students will switch to online classes is questionable; Dr Tiodorović says that the proposal is that the children should still go to school

BELGRADE -- Decision whether the students will switch to online classes is questionable; Dr Tiodorović says that the proposal is that the children should still go to school 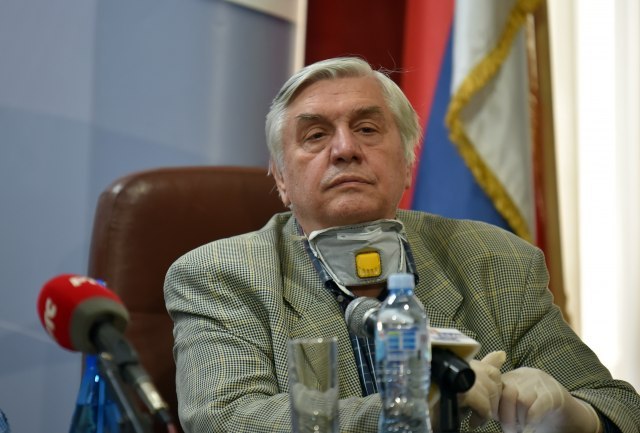 As he said, children lose the most when they switch to online classes.

"There is a proposal that we constituted the day before yesterday, and that is that children should still go to school," Dr Tiodorović told RTS.

He says that there is a difference between the primary school students from the first to the fourth, who need to go to school, and that there is a possibility that it will work. As for the upper classes, the epidemiologist says that today they will decide on the basis of the available data, because the situation is not the same everywhere.

"I can say that for high school students who are in combined classes, it still had some effect, although this is a short period for any assessment. Not to have 35 students in the class but to half that number, it still means a lot. We will maintain such a ratio for 15 days. It is necessary for the school to be experienced in the right sense, both as an educational and social institution", explains Dr Tiotorović.

Epidemiologist Tiodorović says that they discussed a possible small winter break and that it would be about a whole week.

"It would probably be a whole week, but before that you have a weekend, followed by another weekend, 9 days in total. Whether it will be earlier or in the middle of the month, we will see what is most appropriate because we have to respect what the educator will say, as well as workers and unions and what parents think”, explains the epidemiologist.

He says that in any case, there is an agreement to preserve what is most important, and that children lose the most if they are online. Why are children more infected in this wave?

Dr Tiodorović says that, unlike the previous waves, we have had very frequent illnesses here. "When you have one sick member in the family, the most common situation is for everyone to get sick. And that is the situation that came after the holidays, not only going to Montenegro and Greece but also here. This phenomenon was not so noticeable before", he says. Dr Tiodorović notes that this measure with COVID passes is not enough.

"It should be better for 24 hours. We are for that and I think that it should be applied after one period and to wider facilities, wherever there is a closed space except when it comes to pharmacies, fuel and food supply," concludes Dr Tiodorović. Vaccination has increased since the introduction of COVID passes.

Is it realistic to expect that vaccination will increase since COVID passes were introduced, Dr Tiodorović explains that they were not introduced solely to get people vaccinated because of that, but the goal is to create motivation in people.

"No, they are not introduced because of that, but they are an integral part of creating an atmosphere and motivation. It can be said according to the data from the Health Center that there are almost three times more vaccinated than in previous days when this was not applied", says Dr Tiodorović. He adds that among them are a large number of younger people who he hopes have realized what is most important. At the recent protest in front of his house, Dr Tiodorović says that it is a terrible event for him, but that he is aware that he must protect his family with all possible measures.

"I am in my city, with my fellow citizens, neighbors, with people who can always tell me what they think and I am surprised by the attitude of that minority and people who have the right to disagree and express their protest, but I think there is room for the protest in another part where it was usually done", he added.