BELGRADE -- President Vučić arrived at Serbian Parliament before 2 pm, to attend a meeting of the Working Group for Inter-Party Dialogue without the presence of foreigners.

BELGRADE -- President Vučić arrived at Serbian Parliament before 2 pm, to attend a meeting of the Working Group for Inter-Party Dialogue without the presence of foreigners. 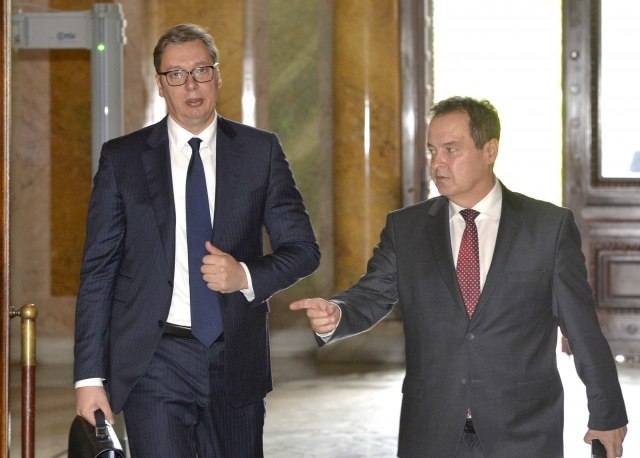 Vučić was welcomed by the Speaker of the Parliament Ivica Dačić.

It is expected that a review of the situation will be made at today's meeting, and that it will be determined around which the government and the opposition can reach an agreement on improving the election conditions.

On Sunday evening, Vučić pointed out that he would hear the remarks of the participants in the meeting and try to meet everything that is realistic and achievable. The President of the National Assembly assessed that the inter-party dialogue can be successful only if the proposals are realistic, sustainable, acceptable to all parties, and that, as he said, would create conditions for everyone to participate in the elections.

He said that the overall monitoring of the situation was made, which are all the proposals that the opposition parties give, stating that they will discuss it at the meeting today.

Vučić will talk with Dačić and opposition parties that do not want the presence of foreigners in the dialogue, namely the Serbian Movement Dveri, the Democratic Party of Serbia, POKS, Dosta je bilo, Zavetnici, the Serbian Radical Party, and Healthy Serbia.