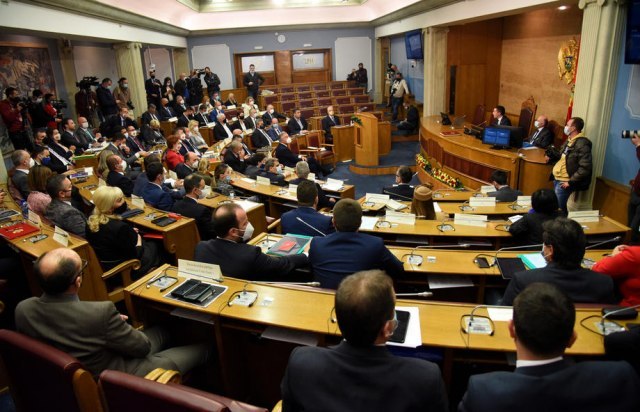 The resolution, for which 55 deputies voted, while 19 were against, states that: "The Parliament of Montenegro:

1) strongly condemns the genocide in Srebrenica;

2) Acknowledges that the genocide took place on European soil after the Second World War, in which over 8.000 Bosniak civilians were killed;

3) bans public denial of the existence or diminishing genocide in Srebrenica;

4) declares July 11 the Day of Remembrance for the Victims of Srebrenica;

5) confirms the determination of the state of Montenegro, a full member of the NATO alliance, to affirm the values of peace and stability;

6) calls on the competent institutions to investigate and prosecute those accused of genocide in Srebrenica, war crimes and crimes against humanity;

7) expresses its condolences to all victims of the wars in the former Yugoslavia, as well as to their families, and calls on all neighboring states to continue to provide justice and long-term support to survivors".

During the explanation of the amendments to the Resolution on Srebrenica, Simonida Kordić (DF) stated that the amendments are aimed at condemning all crimes committed on the territory of the former Yugoslavia.

"The motive for submitting the amendment is to set an elementary constitutional norm that says that all people are equal before the law and that we do not come to the situation of passing any act that would contradict the Constitution and make a ranking between victims and crimes," Kordic said.

The amendments were not adopted.

Explaining the amendments of the coalition "Peace is our nation-Demos" and Branka Bosnjak (DF), Momo Koprivica said that their goal was to clarify to the end what are the basic goals that should be achieved by this Resolution.

"Although there have been sincere discussions with the proponents of the Resolution, I do not think there will be any problems in accepting these amendments."

Ervin Ibrahimovic (BS), responding to Koprivica, said that he accepts amendment number five, stating that it is clear and that the guilt cannot be attributed to the entire nation, but that guilt is individual, "Vijesti" reported.