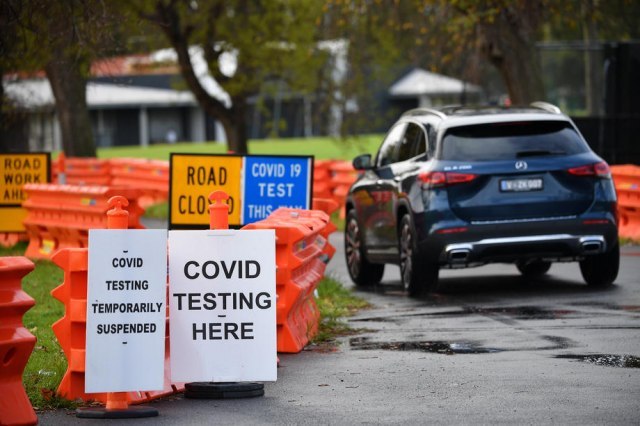 The number of those infected doubled overnight. The main culprits for the spread of the infection are considered to be the slow vaccination of the population and the spread of the virus despite the hotel quarantine, writes Reuters.

Victorian Prime Minister James Merlino told reporters in Melbourne that from midnight, citizens will be allowed to leave the house only for urgent matters, going to the doctor, shopping and recreation. Both schools and religious institutions will be closed. The lockdown was introduced for a period of seven days.

"On the last day, we saw evidence that this is an extremely contagious strain of coronavirus, a variant that is worrying and is spreading faster than we recorded earlier," Merlino said.

It is strain B1617, which was first identified in India. The virus was brought to Victoria by a returnee from abroad who was negative in quarantine in South Australia. The 14-day quarantine, which travelers to Australia must perform, has ended. Six days after returning to Melbourne he got symptoms and was tested.

The number of people who are allowed to gather in public and in households will be limited, and on Tuesday they reintroduced the obligation to wear protective masks. Many residents flocked to supermarkets to supply households with the necessary groceries ahead of the new lockdown, and quite a few of them got into cars and fled to Sydney. Compared to data in the rest of the world, 26 new cases are not many, but there are several factors that led the authorities in the state of Victoria to introduce strict measures.

At at least 150 locations, people could be exposed to a new strain of the virus. Contact tracking found that 10.000 primary and secondary contacts were likely to require self-isolation, but Merlino pointed out that number could change.

Experts point out that epidemiologists need a lockdown in order to get in touch with all the contacts of the infected, but also their contacts in order to suppress the spread of the virus as soon as possible.

"They are very efficient, we have a great system. If one person gets a positive test, we go to all members of the household, test them and quarantine them, and then contact their close contacts and their contacts," said Catherine Bennett, head of epidemiology at the Institute for health transformation in Melbourne.

Panic buying is already ramping up as Victoria is plunged into yet another coronavirus lockdown.

And it's no surprise what's selling out first.

The state authorities point out that the slow vaccination is partly to blame for the new lockdown.

"If more people had been vaccinated, we would have a different situation today. Unfortunately, we do not have it," said Prime Minister Merlino. This is the fourth blockade in Melbourne since the outbreak of the pandemic.

The second largest city in Australia had the worst situation in the entire country last year, and they managed to control the spread of the virus after four months of strict restrictions in everyday life. Thousands of people across the city are already in self-isolation, and as it turned out, the newly infected turned to be the visitors to two football matches, several nightclubs and one reconstruction site of a medieval battle.

Experts have previously pointed out that the slow vaccination process has made the nation vulnerable, and the culprit for the new spread is a quarantined hotel from where the spread of the virus began 17 times in six months.

The population of 25 million people in Australia has so far received only 3.8 million doses of the vaccine, and additional shipments will arrive in the coming weeks. In Australia, 910 people have died from the COVID-19 virus since the outbreak of the pandemic and there have been 30.000 cases, most of which were in Victoria during the second wave.